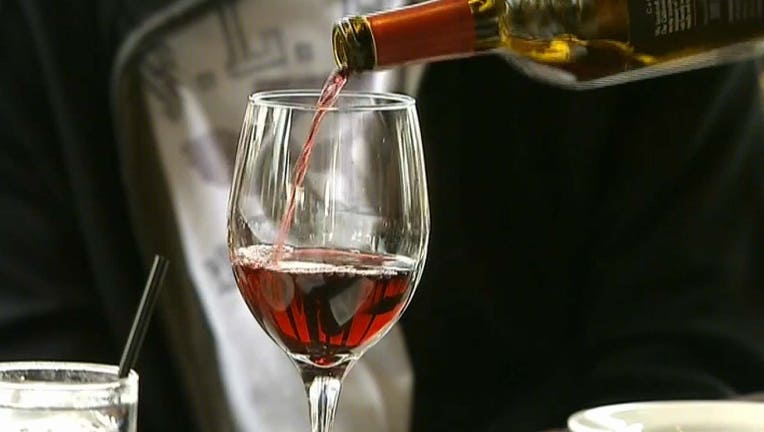 A recent study from the United Kingdom found certain types of alcohol could impact how susceptible a person is to getting COVID-19.

The study, published in the scientific journal Frontiers on Jan. 3, found that people who drank red wine, white wine and champagne were less likely to get COVID-19 while those who consumed beer, cider, and spirits in heavy amounts were more likely to become sick.

"Our study suggests that subjects who usually consumed red wine and white wine and champagne above guidelines, and sometimes consumed 1–2 glasses/week fortified within the guidelines appear to have chances to reduce the risk of COVID-19. The consumption of beer and cider are not recommended regardless of frequency and amount of alcohol consumption, which increased the risk of COVID-19. Furthermore, heavy drinking is not recommended for all alcoholic beverages," the study said.

The "protective effect" of red wine against COVID-19 was significant regardless of the frequency of alcohol intake, the study continued. The significant stipulation however for red wine was that it only showed protective qualities against the novel coronavirus when subjects consumed alcohol above or double above the recommended guidelines.

The consumption of beer and cider increased the risk of COVID-19, regardless of the frequency and amount (within or above the guidelines) of alcohol intake, according to the study.

The study’s authors did not condone excessive alcohol consumption and believed public health guidelines "should focus on reducing the risk of COVID-19 by advocating healthy lifestyle habits and preferential policies among consumers of beer and cider and spirits."

Similarly, a study released, also in the U.K., in September 2021, found that red wine is the only alcoholic drink that can be beneficial for overall health.

A team at Anglia Ruskin University in Cambridge, England, aimed to look at different alcoholic drinks, like beer, cider, champagne, white and red wine and spirits, and various health outcomes among those who consumed them.

The team, led by Dr. Rudolph Schutte, analyzed data of more than 500,000 people in the U.K. over a seven-year period.

They found that low-level consumption of beer, cider and spirits was associated with an increased risk of cardiovascular events, coronary heart disease, stroke, cancer, and overall mortality.

The only health benefit that Schutte’s team discovered was a decreased risk of coronary heart disease through the consumption of wine. But Schutte believes the benefits obtained from wine and champagne are actually thanks to polyphenols, which are antioxidants found naturally in the grapes, and not necessarily through the alcohol itself.

Separately, the World Heart Federation challenged the widespread notion that drinking moderate amounts of alcohol, even wine, can decrease the risk of heart disease.

In a new policy brief, ‘The Impact of Alcohol Consumption on Cardiovascular Health: Myths and Measures,’ the organization is calling for urgent and decisive action to tackle the rise in alcohol-related death and disability worldwide.

"The evidence is clear," the WHF wrote in a press release Thursday. "Any level of alcohol consumption can lead to loss of healthy life. Studies have shown that even small amounts of alcohol can increase a person’s risk of cardiovascular disease, including coronary disease, stroke, heart failure, hypertensive heart disease, cardiomyopathy, atrial fibrillation, and aneurysm."

The organization said studies that claim otherwise are "largely based on purely observational research", which "fails to account for other factors, such as pre-existing conditions and a history of alcoholism in those considered to be abstinent."

Kelly Hayes and Stephanie Weaver contributed to this report. This story was reported from Los Angeles.