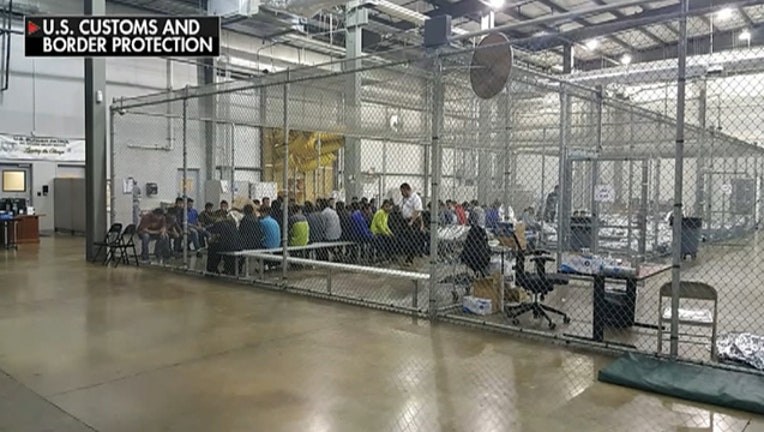 One of the children was a 13-year-old boy from Guatemala, who illegally crossed the Arizona border with his father in June 2018. The boy was separated from his parent for more than a month, according to the report released by the Democratic-led U.S. House Oversight Committee.

The report is based on data the House committee obtained from the Trump administration, after issuing subpoenas to force federal officials to turn over documents related to the now-defunct policy of separating migrant children from their families at the southern U.S. border.

The documentation is “woefully inadequate in terms of the volume of information and the number of separated children who remain unaccounted for,” the report’s authors noted.

From the information gathered, the report shows at least 18 infants and toddlers under the age of 2 were taken away from their parents at the border and kept apart for 20 days to six months.

The report, requested by Congressman Elijah Cummings, a Maryland Democrat who is chairman of the committee, harshly criticized Trump’s “zero tolerance policy,” initiated in 2018, which referred all individuals who illegally crossed the border into the country to the U.S. Department of Justice for prosecution.

After being separated from their parents, at least 679 migrant children were kept in the custody of the federal government for 46 to 75 days, according to the report. More than 25 children were held for more than a year, the report found.

“The height of child separations at the southern border occurred between April and June 2018,” the report says, which called the policy a “deliberate, unnecessary, and cruel choice” by Trump and his administration.

The circumstances of the 55 children who were sent to the Homestead facility are unclear. The case of the 13-year-old Guatemalan boy who was separated from his father a day after they were taken into custody is the only one highlighted in the report.

“The father was moved to three different ICE detention facilities before being reunited with his son more than a month after they were separated,” the report said.

HHS officials have long maintained that family separations are not “driving the continuing operation of Homestead.”

“In addition, no children at Homestead are there due to [Trump’s] Zero Tolerance Policy,” officials said in a June 26 advisory that provided the latest information on the facility, operated by Comprehensive Health Services.

Federal officials said that more than 12,060 teens have been sheltered at the Homestead facility since it began housing migrant children in March 2018. More than 9,800 of the teenagers have been paired with a “suitable sponsor,” officials said.

The facility --- like others housing migrant children --- has become a flashpoint for Florida Democrats, including members of Congress who have repeatedly toured, or attempted to visit, what the report refers to as an “emergency influx shelter.”

Several Democratic presidential candidates made a point of visiting the shelter while they were in nearby Miami for a debate last month.

U.S. Rep. Rosa DeLauro, a Connecticut Democrat who chairs the House Appropriations Subcommittee on Labor, Health and Human Services, and Education, is scheduled to lead an “oversight visit” of the facility on Monday. Florida U.S. Reps. Debbie Wasserman Schultz, Charlie Crist and Lois Frankel are slated to participate in the tour.

According to a press release issued by Frankel’s office, the Homestead shelter is the only for-profit child detention center in the country, and houses approximately 2,000 children ages 13 to 17.