"Where I came from as a Green Beret you don’t do things because they’re easy, you do them because it has to be done," Collins said. "This may have been a hard race, it 100% was but it was totally worth it, you stepped in and do what you have to do," he said.

Collins claimed the District 14 seat, which includes the western part of Hillsborough County, and South Tampa by 10 points - 55-45. While he admits he hasn't slept much since election night, he says he's looking forward to getting to work.

"One thing I learned in the military that I harp on, is we have more in common than that which divides us," Collins shared. "We’re blessed to live in the United States and in Florida and our focus has been and will continue to be on the economy, safety in the community and education." 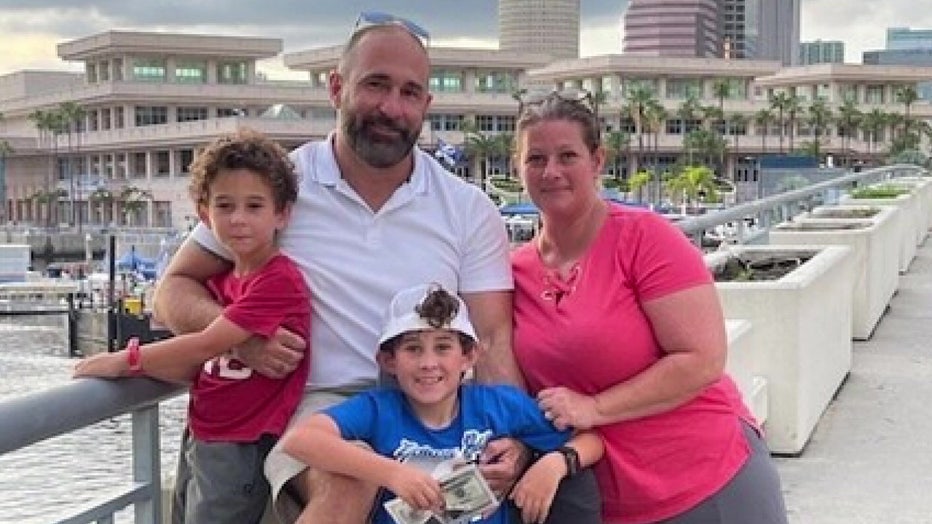 In a statement to Fox 13, Cruz said though she was disappointed, she "respected the results from Tuesday evening" adding that she's "committed to continuing to fight to help my neighbors overcome the odds and improve the lives of Tampa families."

Collins says his new role as a politician isn't what he ever would've guessed, but after talking with his family, it's a role he felt he had to take on.

"There’s a moment as a dad when your kids use your words. To hear him say ‘Well dad what are we doing about? What are we doing? Is it my responsibility?’ It is," Collins said.
Collins also had the endorsement of Gov. Ron DeSantis.