"This is one of the best years that we've seen so far, in terms of calf production," shared Dr. Randall Wells.

For the last 50 years, the Chicago Zoological Society's Sarasota Dolphin Research Program has gotten to know and document each resident dolphin. This year, 18 dolphin calves have been born, which is just shy of the record of 21 births in 2017.

"It allows us to see that these processes will continue as long as we are able to maintain a good environment for the animals," explained Dr. Wells.

Dolphins don't give birth every year. Dr. Wells said their mothers were pregnant before red tide moved in.  He's concerned red tide could play a factor in the calves' future.

"Given the mothers have to eat three times as much fish as they do before they birth in order to provide the milk, this is concerning. We will be watching to see whether this crop of calves will be able to survive in the face of lower prey fish availability. If the calves are able to survive that’s a better indicator of the environment is capable of helping these animals to survive and thrive," he said.

As fish work to rebound from red tide, Dr. Wells asks anglers to keep an eye out.

"Be extra careful if dolphins come up while they’re fishing, reel your lines in so there’s no chance they will get tangled up, hooked by or ingest the gear that’s out there," he said. Those are the main problems we’ve seen in the past from red tide. Anglers and dolphins vie for the same fish and the dolphins always lose." 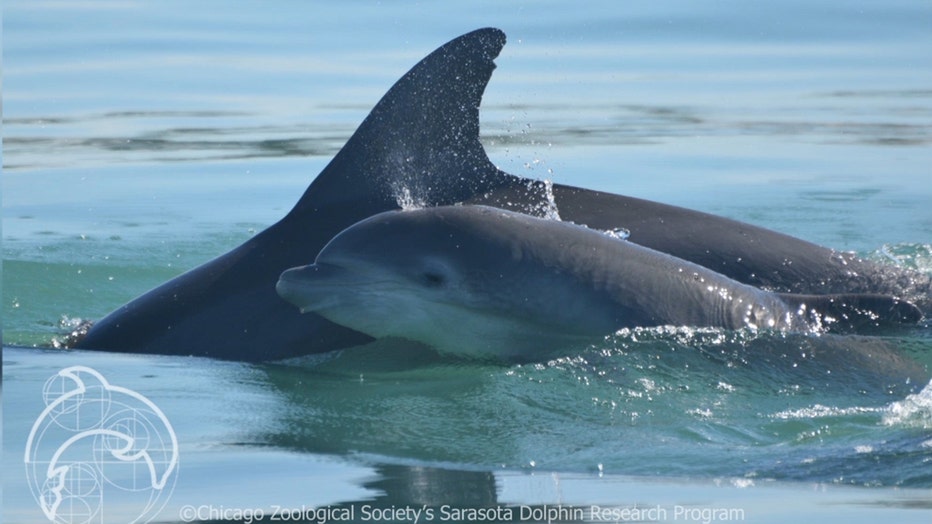 Meanwhile, researchers will keep their eyes on the calves, just as they've done with the last five generations of dolphins in Sarasota waters.

"We need to do what we can to protect the bays and keep them as healthy as possible, and make sure we can minimize the effects of red tides going into the future," remarked Dr. Wells.