TAMPA, Fla. - Dr. Tracy Fanara is an ocean expert who solves mysteries others can’t figure out. Sunday, she made a stop at Shark Con in Tampa to talk about her discovery that could also be linked to the beginning of one of the worst red tide seasons the Bay Area has seen in years.

"Today, I’m going to be talking about how I solve the mystery of shark bite anomalies off the East Coast of Florida in 2017," said Dr. Fanara. "The same weather event that initiated a chain of events that caused that anomaly, also may have been the start of the 2017 to 2019 red tide bloom."

After years of studying red tide, working with Mote Marine Laboratory, and now as a scientist for NOAA, Fanara has seen just how bad its impacts can be.

"Florida red tide impacts so many species, and it does so by different pathways," shared Dr. Fanara. "For fish and sharks, because sharks are fish, they impact by blocking off sodium channels, basically suffocating the fish. It affects us in the same way. It causes our nerves to fire and that’s why we cough." 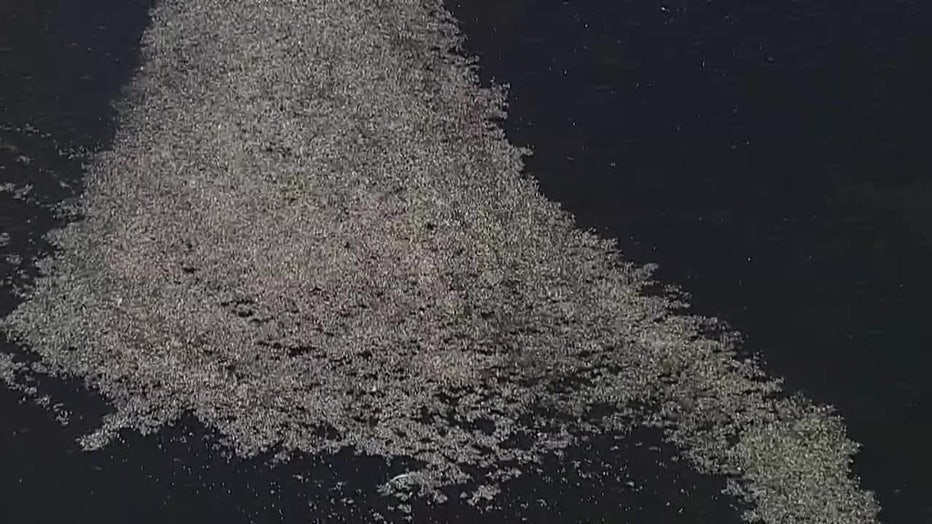 While she says this year’s red tide bloom was expected, it’s still concerning.

"We have high concentrations on Sarasota beaches. People can’t go in the water. I’m getting pictures daily of wildlife fatalities which are absolutely heart-wrenching," said Dr. Fanara.

Scientists are now keeping a close watch on what could be next.

"The one big concern that many scientists have, including me, is that a second bloom that might occur late summer, early fall would meet up with this bloom, and that’s the hypothesis of what happened in 2018." 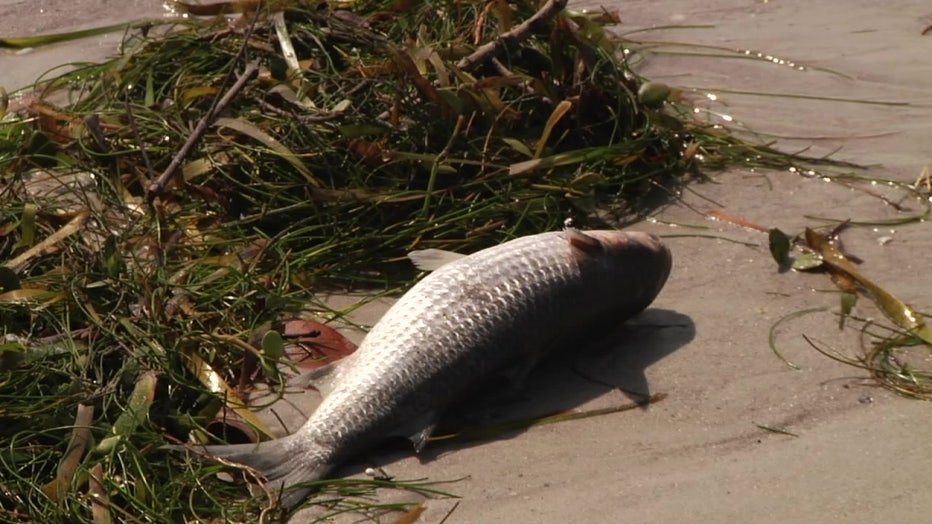 During Fanara’s time at Mote Marine, she was able to help research mitigation efforts for red tide. While some solutions do seem promising for smaller impacted areas like channels, Fanara encourages the public to do their part as well.

"What we can do right at our own homes is retrofit our lawns," said Dr. Fanara. "Basically, take care of nutrients at the source and reduce the amount of runoff that we have."