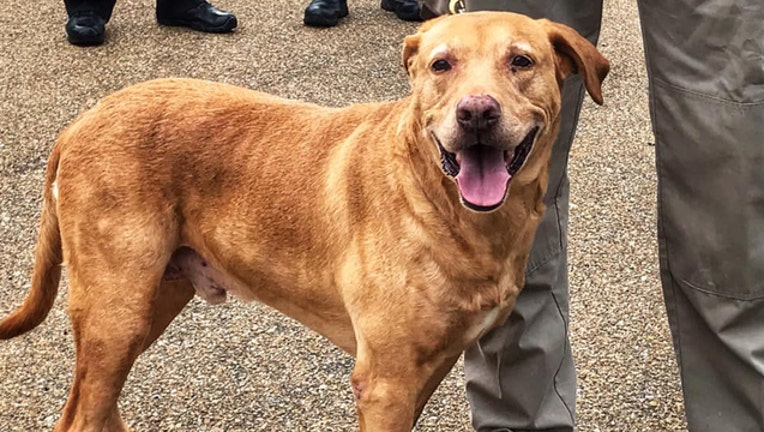 Ringo was a member of the Jackson Police Department K9 unit until the dog's retirement this past October. (Jackson PD)

JACKSON, Miss. (FOX New) - A Mississippi cop has been demoted from the K9 unit to patrol duty after taking his retired four-legged partner to an animal shelter to be put up for adoption.

Ringo sniffed out drugs for the Jackson Police Department for nine years until the dog's retirement this past October. Nevertheless, the Labrador retriever had to be rescued recently from the Webster Animal Shelter in nearby Madison, Miss., by the man who trained him to be a police dog, WLBT-TV reported Friday.

“I don’t know that there is a word for being both hurt and mad, but I was both of them. And I still am," Randy Hare, owner of the Alpha Canine Training Center, told the station. "You know it’s just, you just don’t turn your back on something like that--that’s been with you for nine years.”