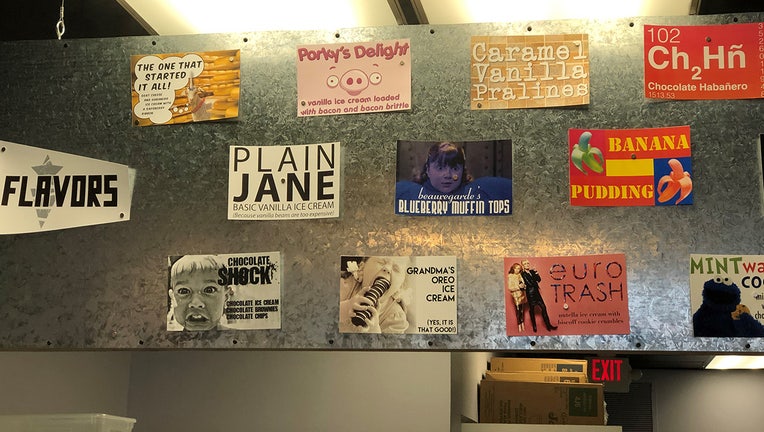 Revolution Ice Cream is known for their unusual and creative flavors.

TAMPA, Fla. - After chilling out during the COVID-19 shutdown, a popular Tampa ice cream chain has finally opened its new location. Revolution Ice Cream is now serving up their unique frozen treats along Kennedy Boulevard in Tampa.

The success of Revolution’s first location in Brandon – which opened in 2013 – led to a second shop in Seminole Heights. Now, South Tampa ice cream fans won’t have to travel that far to get creative homemade flavors that incorporate everything from chardonnay to goat cheese to bacon.

The new location opened Friday in a former salon in the same plaza that’s home to Chicken Salad Chick and fellow newcomer Sucre Table, across the street from Metro Diner and La Segunda.

Chilling out at Revolution Ice Cream

It's a Bay Area favorite for many ice cream fans. But what makes Revolution Ice Cream so special? Chip Brewster has the scoop.