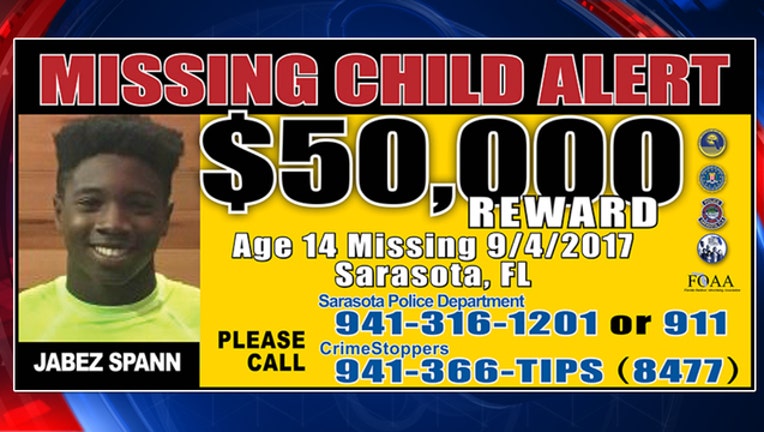 SARASOTA, Fla. - The reward for information leading to the whereabouts of a missing Sarasota teenager has been increased to $50,000.

Jabez Spann, 14, has been missing since September 4.

His family last saw him in the area of 22nd Street in Sarasota wearing a turquoise shirt.

Sarasota police have received and followed numerous tips, including information that Spann may have witnessed a murder a week before his disappearance. But police say there are no new leads, though officers remain in daily contact with Spann's family.

RELATED: Missing teen may have witnessed murder prior to disappearance

"That's my baby. All I'm asking is for somebody, please, please help us. It hurts,"  said his grandmother, Lucille Tillery, back in September. "Just give him back to us. We just want him back. This could be anybody's child. We want him back home. I'm begging, please bring him back home."

Spann is described as a black male, 5-feet-nine-inches tall, and 120 pounds.