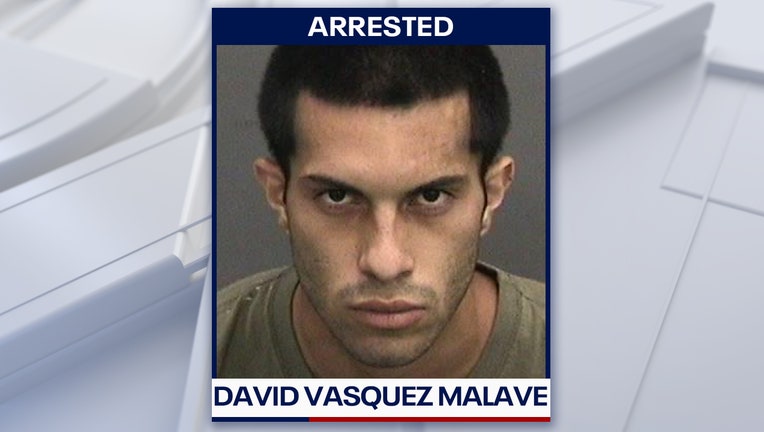 RIVERVIEW, Fla. - Deputies have arrested a man for the murder of a child in Riverview last month.

The Hillsborough County Sheriff's Office said deputies received a 911 call about an unresponsive child around 9:15 a.m. on Sunday, July 19.

Responding deputies found the child with bruising and lacerations on their body, and rushed the victim to Tampa General Hospital with life-threatening injuries.

The child was pronounced dead the next day at the hospital. The Medical Examiner's Office declared the death a homicide.

Investigators said the child was in the care of 23-year-old David Vasquez Malave at the time of the injuries.

"No child should ever have to suffer as this young victim did," said Sheriff Chad Chronister. "This should never happen. It's an unthinkable tragedy. I am absolutely horrified with the actions by this suspect, and he will be charged to the fullest extent of the law."