On Wednesday, Governor DeSantis was in Dover accepting the endorsement of the "Florida Farm Bureau Federation FarmPAC." The group calls DeSantis "a friend to Florida's farmers."

Also on Wednesday, DeSantis, further south in Miami, proposed a 50% toll relief program for all commuters in Florida. It would need legislative approval but the governor says it would save the average commuter up to $550 a year.

DeSantis finds himself in another close race for governor. A new AARP poll has him three points ahead of the former governor - 50 to 47. That falls within the margin of error - essentially, a statistical tie. 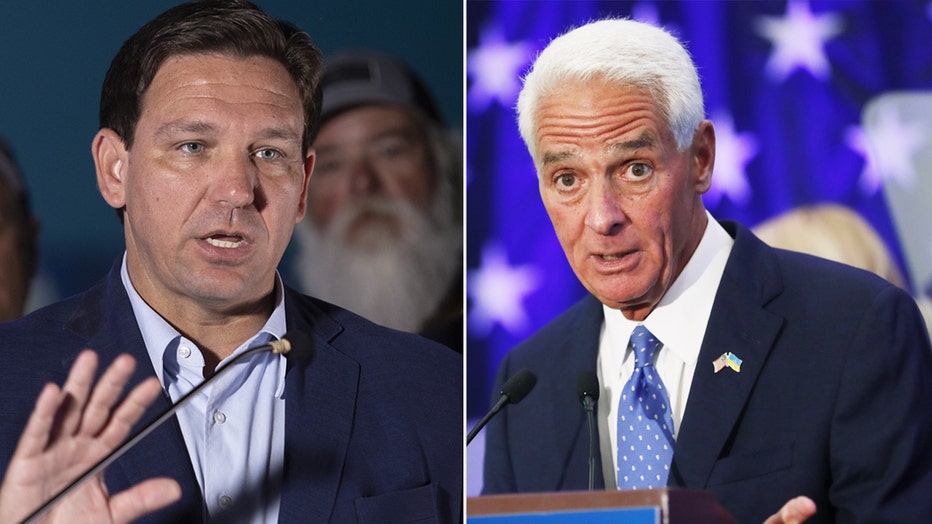 Ron DeSantis and Charlie Crist are in a statistical tie in the race for Florida's governor.

Crist was in Jacksonville on Wednesday, where he promised if elected, he would take on the insurance crisis facing the state. The day before, in Orlando, he was endorsed by the Gen Z group: "Voters of Tomorrow."

Fox 13 Political editor Craig Patrick says Crist's hopes of winning will largely ride on President Biden's approval ratings, which are trending upwards. He also has to get younger voters to the polls.

"Democrats are hopeful that the turnout model is different this year in that they'll get more voters out than in prior cycles. Whether they will or not remains to be seen, they've expressed optimism in similar cycles, and look what happens," Patrick said.

The answer is 62 days away.