Arnold and 34 other cadets carried out "Project Patriotism" Friday morning at Oakside Cemetery, which started with a ceremonial flag burning.

Army veteran Jimmy McAuley leads the JROTC program at Zephyrhills High, he says teaching the cadets how to properly retire an American flag is paramount.

"They did a phenomenal job as far as getting prepared, rehearsing, they did it all by themselves," he said. "I come out here and help facilitate, but they’re required to do all of the leg work.

McAuley says the students went to the city hall to request funds for this event, the city was able to provide them with $600 for the supplies. 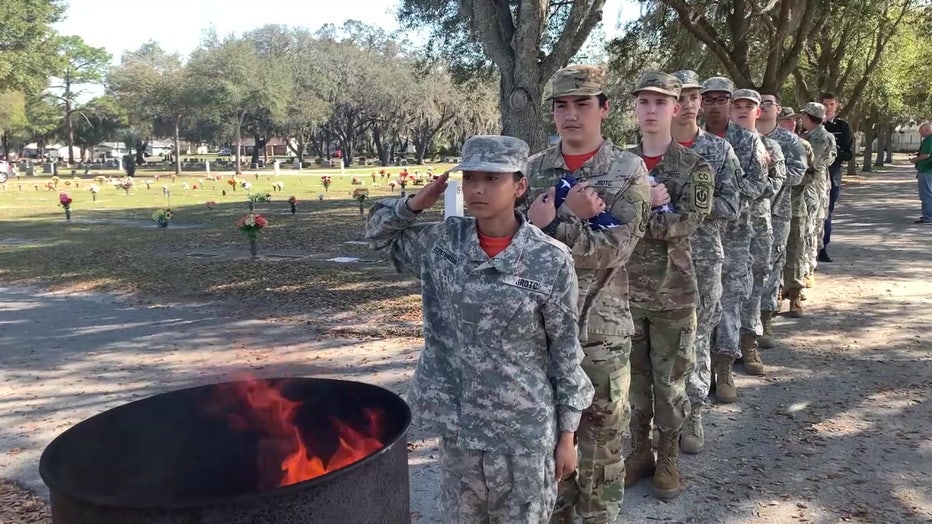 But before the morning was done, the cadets spent some time reflecting on the past by cleaning the headstones of veterans who came before them.

"It just symbolizes honor, and I just feel honored to do this for the veterans and for the people who died for our country," said Senior Victoria Reitmeyer. "I love it. It’s amazing to me. I just love it." 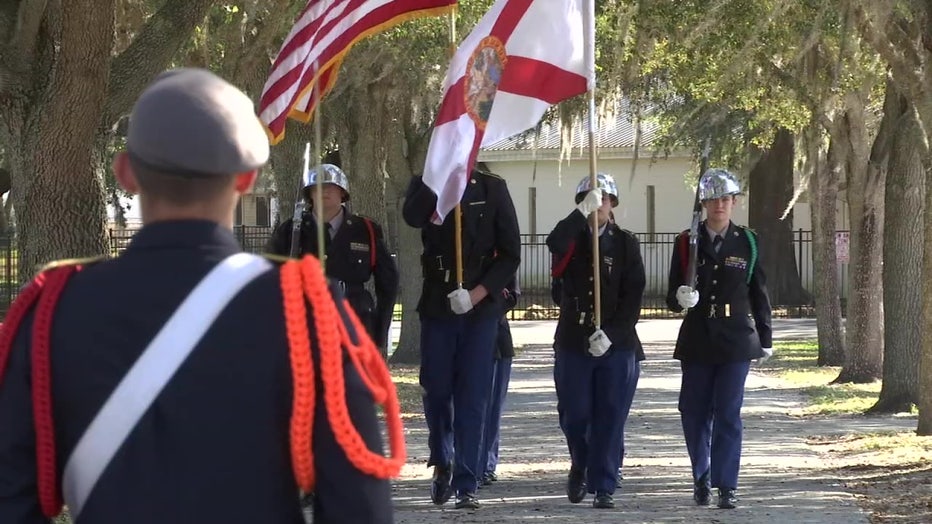 "My brother, my older brother, was actually in this ROTC program not too long ago," said Baker.

McAuley says he’s been doing this job for 19 years, and looking at this next generation, he feels hopeful.

"I think a lot of the times we forget how this country was formed and founded, and so when you’re serving the country and serving the military, you get to see that," he said.