A team at fisheries and aquatics at the University of Florida has been studying invasive species at UF's Tropical Aquaculture Lab in Ruskin in an effort to prevent new invaders from destroying local environments.

RUSKIN, Fla. - For quite some time, Florida has faced a battle with some invasive species, including pythons and lionfish.

From the environmental impacts to the cost of trying to deal with them, non-native, invasive animals can be a drain on state and local resources.

"Think about pythons, lionfish; some of those big high-profile invaders," said Jeff Hill, a professor of fisheries and aquatics from the University of Florida.

A professor of fisheries and aquatics at the University of Florida, Jeff and his team have been studying invasive species at UF's Tropical Aquaculture Lab in Ruskin.

"We can use the science we've gained, really worldwide, to be able to try and predict what species are going to be a real problem if they get loose in a certain area," he said. 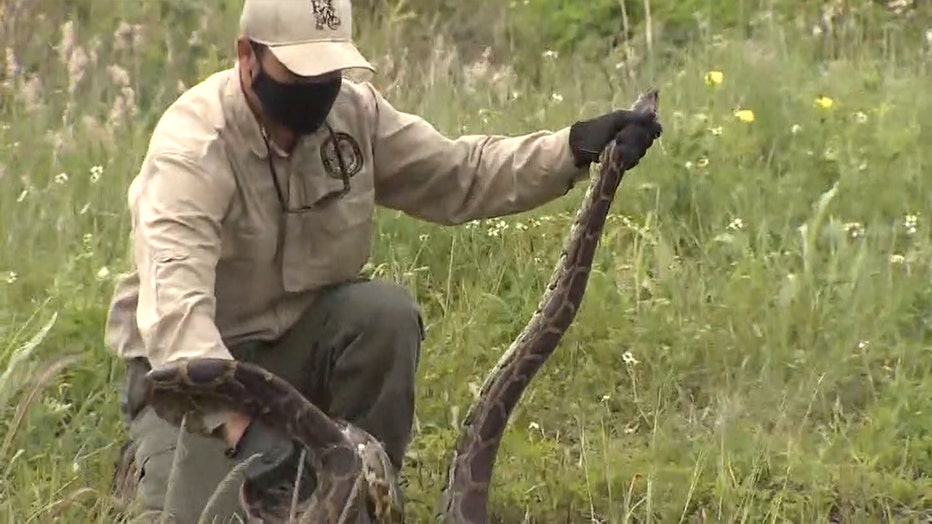 Hill's team has turned that knowledge into a tool kit, or a scoring system to identify some of the worst invaders worldwide.

Not all of them will affect Florida, but some, like the cane, or bufo, toad already have.

Policymakers and other agencies can use the information to create rules and regulations aimed at keeping the invaders out.

"This is an international effort," Hill said, adding that it's less expensive to prevent invasive species from coming to Florida than it is to get rid of them once they're here.