ST. PETERSBURG, Fla. - Researchers have said Tampa Bay is resilient. The recent discharge of nutrient rich-water from the Piney Point phosphate plant is testing that resilience.

"What we see in the bay is a decline in the nutrient concentrations relative to the initial pulse in Port Manatee," said Dr. Thomas Frazer, the dean of USF College of Marine Science.

USF researchers from the College of Marine Science said a decrease in nutrient concentration is good news. But samples that would tell more about the impacts to seagrasses and other marine life can take months to process.

"We don’t have a detailed concentration of what was in the reservoir, so we are trying to interpret that from the samples we are taking," said Dr. Steve Murawski, a fisheries biologist and marine ecologist with USF.

Researchers said the nutrient concentration has diluted at least 1,000-fold since the initial release from Piney Point. A diatom algae bloom that formed around Port Manatee after the discharge has since dissipated.

"What we are trying to do is generate the data that will help better inform more holistic sampling efforts so we can properly respond to these types of events. We will make every effort to make samples into the future," continued Dr. Frazer. 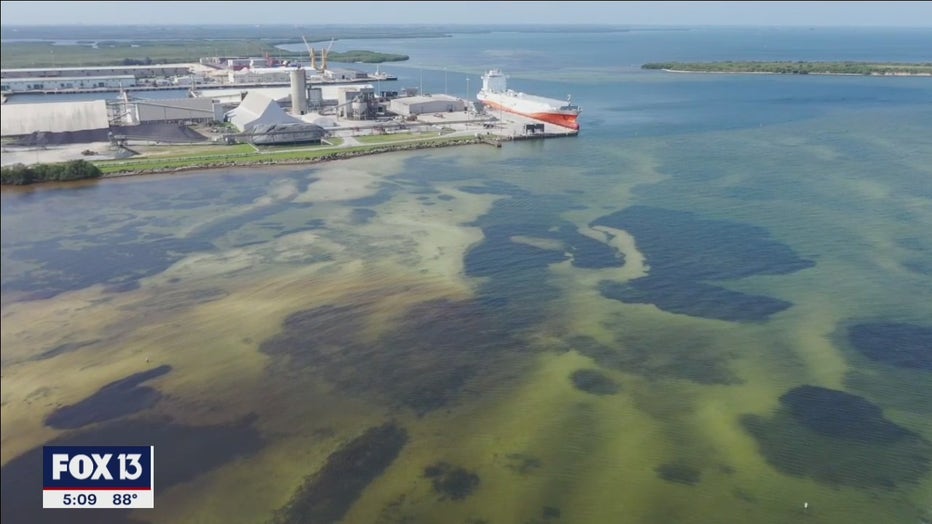 When it comes to red tide, there's been low to background concentrations documented near the Piney Point spill.

Dr. Bob Weisberg said that bloom has been pushed from the south and it's premature to draw a link to Piney Point.

"It's a little too early now to prognosticate what will happen then, but it’s something we will keep an eye on," he insisted.

While initial findings have not indicated widespread impacts, researchers said they'll continue keeping watch over the bay. Some impacts could take months to surface.

"We shouldn't be walking away from this yet, we need to keep some vigilance in monitoring," Dr. Murawski added.

LINK: To see where the water released from Piney Point is forecast to go, visit: http://ocgweb.marine.usf.edu/~liu/Tracer/