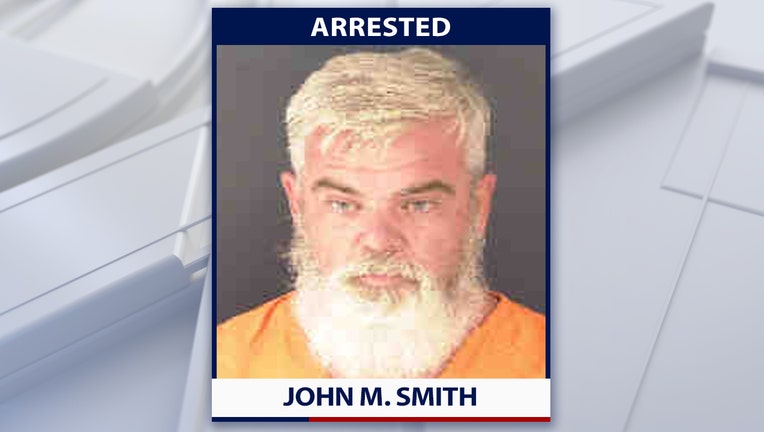 SARASOTA, Fla. - John M. Smith, 47, of Sarasota, has been arrested and is facing charges of sexual battery on a victim under 12 by an offender over 18, according to the Sarasota Police Department.

According to detectives, a 7-year-old girl told her father that Smith inappropriately touched her after she stayed with him on a sailboat in June 2021. Detectives say the victim and Smith know each other.

In July 2021, Sarasota police detectives worked with the Child Protection Center to investigate and say Smith's ex-wife told them that when she was married to Smith, her daughter said Smith touched her inappropriately in 2008. Detectives learned it began when the girl was 3-years-old.

Detectives believe there may be additional victims and are asking any with information to call Detective Maria Llovio at 941-263-6836 or leave an anonymous tip with Crime Stoppers by calling 941-366-8477 or online at http://www.sarasotacrimestoppers.com.