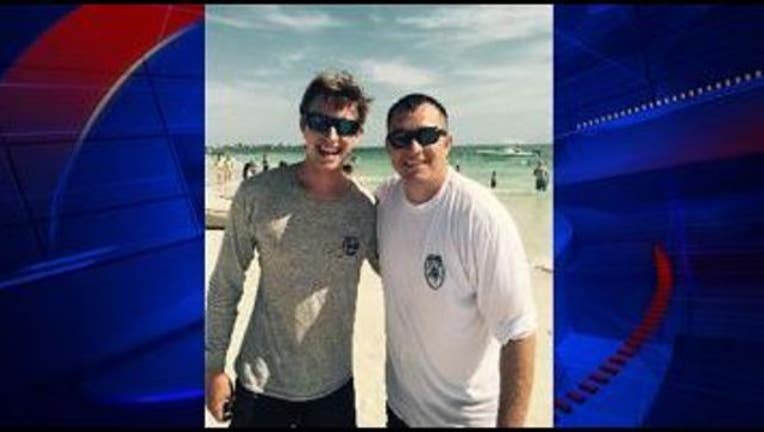 Sarasota Police Officers and Sarasota County Lifeguards are being hailed heroes after saving a man from nearly drowning off Lido Beach in Sarasota.

Saturday afternoon around 5 p.m., a male and female, in their early 20's, were canoeing near a Sarasota Police Marine Patrol Boat that was just off shore of Lido Beach for the Grand Prix.

The canoe tipped over and the man’s hand became caught in the ropes on the canoe and he began inhaling water.  The woman’s screams alerted the officer’s attention.

Sgt Richie Schwieterman jumped in the water followed by Sarasota County Lifeguard Bryce Makowski.  Officer Mike Skinner, who was driving the boat, was able to help make sure the victim did not continue to go under water.

Sgt Schwieterman and Makowski were able to get the victim to shore safely.

The victim is OK.