Secretary of State Mike Pompeo made a stop in Sumter County, speaking to a crowd of about 400 at the Sumter County Fairgrounds.

Trump won Sumter County with nearly 70% of the vote in the 2016 election. The crowd that came out to hear from Pompeo was excited, many wearing red and showing support for the president.

“To have a chance to hear Secretary Pompeo was just a delight, I was so thrilled to hear he was coming,” said Margaret Mastalka. 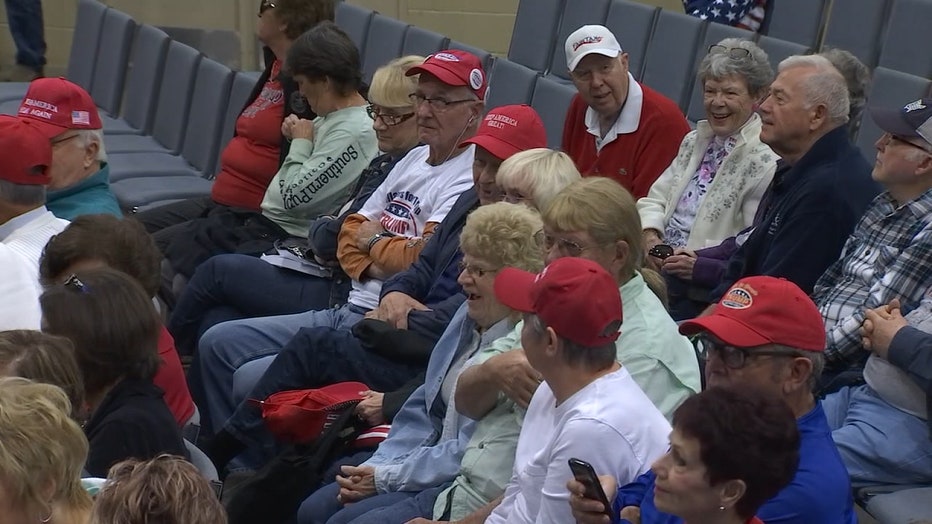 “He’s a very important man and I wanted to hear what he had to say,” Joaquin Gomez said.

Pompeo took to the mic for nearly 20 minutes, covering a variety of topics including American values, religious freedom, and the president's foreign policy.

Pompeo told the crowd he has traveled to almost 60 countries in the 20 months he’s been Secretary of State, and says overseas there is a deep love for our nation.

“America will prevail, we should all bet on our nation, we should all support the foreign policy that has been laid out, and we should all work together to make sure we deliver each and every day a safer, more secure, more prosperous United States of America,” said Pompeo.

The visit was to talk about policy, but it was also political. Over the last month, Pompeo, Vice President Mike Pence, as well as Trump have all rallied along the I-4 corridor.

“I think he came here because Florida is a very important state,” Mastalka said. “It’s important to turn out the Republican vote in Florida because we have a very strong Republican presence here in this area.”

The visits by the political leaders are also a way to connect with the people who got Trump elected and remind them their vote counts.

“A lot of love from the people that are here for Trump,” said Gomez.

Before coming to the Sumter County, Pompeo was in Miami meeting with Governor DeSantis.