Federal authorities are investigating a possible human smuggling operation in southwest Houston after a man in his underwear was seen running down the street, yelling that he was kidnapped. Two dozen people were found in a home.

Houston police say they have rescued two dozen people from a home on the 4800 block of Raven Ridge.

Police say they received a call about a man running down the street in his underwear yelling that he was kidnapped.

The caller told police that he was kidnapped and was able to get away.

Police give details on the preliminary investigation of a human smuggling operation in southwest Houston, where 30 people were found inside a home. Most were found in their underwear.

That's when the male advised that thirty more people were being held hostage in the house.

Officers made entry and rescued approximately 29 men and one woman.

Most of them were found in their underwear. Police believe that was a tactic used to prevent them from escaping. 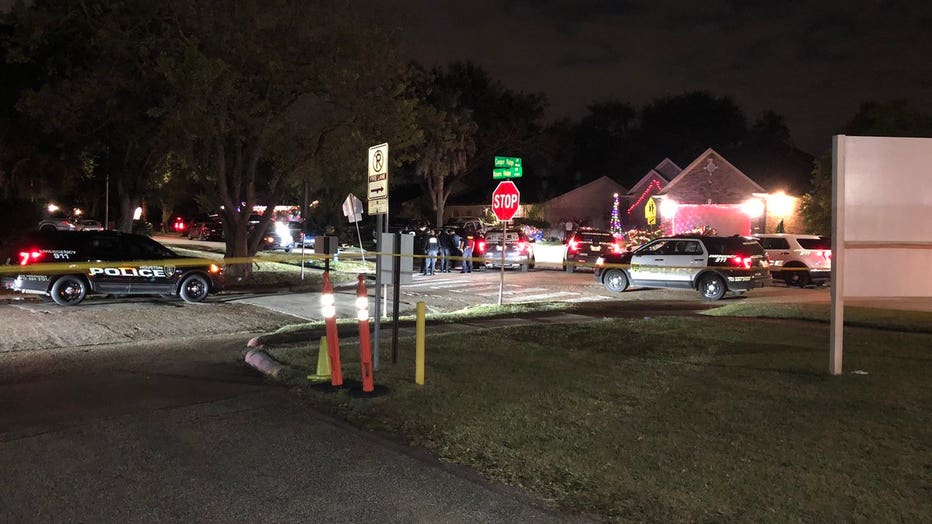 At least three people were detained and are being questioned.

Police say most of the victims were picked up from the Brownsville area within the last week. They are said to be from various other countries including Mexico, El Salvador, and Honduras.

Those victims are now being kept safe thanks to Fort Bend ISD police who opened up the gym at Ridgemont Elementary School, which is adjacent to the neighborhood.

Police say the Department of Homeland Security and ICE will be taking over the investigation.