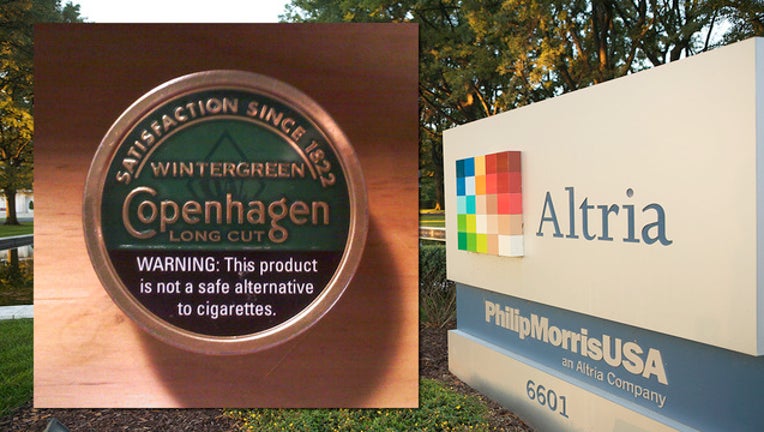 RICHMOND, Va. (FOX 13) - The makers of Skoal and Copenhagen smokeless tobacco have issued a recall for dozens of products after receiving complaints of "sharp metal objects" found inside.

Altria, the company that makes Marlboro cigarettes, announced that it is voluntarily recalling dozens of its Copenhagen, Skoal, Cope, and Husky products.

The recall is in reaction to eight customer complaints of "foreign metal objects, including sharp metal objects" being found inside cans.

Many of the recalled products were exclusively intended for use by overseas military.

Altria said that in each of the reported cases, the foreign objects were visible to the consumer.

Complaints have been received from consumers in Indiana, Texas, North Carolina, Tennessee, Wisconsin and Ohio.

The U.S. Smokeless Tobacco Company (USSTC) says it has instructed retailers and wholesalers to look through their shipments and separate the affected products from their inventory.

The recall applies to lots with no printed code on the bottom of the can, or with codes that begin with the letters "F", "R", "K", or "P".

Anyone who already purchased one of the affected products is urged not to open or use the can or its contents. Consumers should contact USSTC at 1-866-201-9136 to return the product for a refund.

See below for a full list of the affected products: