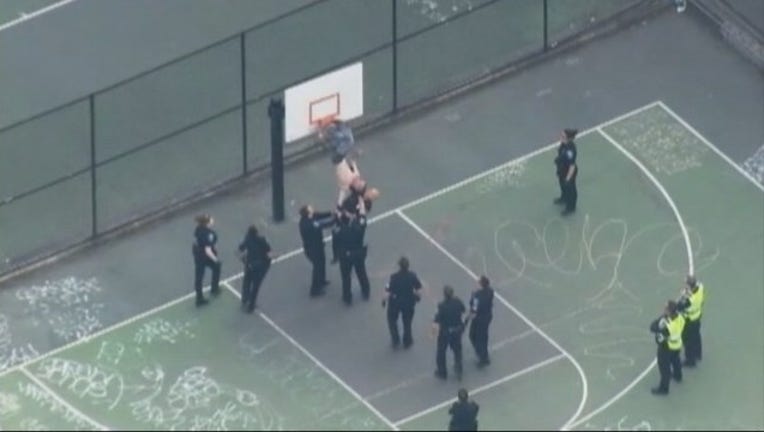 Here's something Seattle police didn't expect during some May Day protests.

Somehow a shirtless man became stuck upside down in a public basketball hoop.

Video shows officers trying to help him as he hangs upside down, flailing his body in distress.

He appears to be carrying a hammer in the video, and police had tweeted that they weren't sure what charges, if any, he would face.

The incident happened at Cal Anderson Park. The fire department had to be called to get the man down safely.