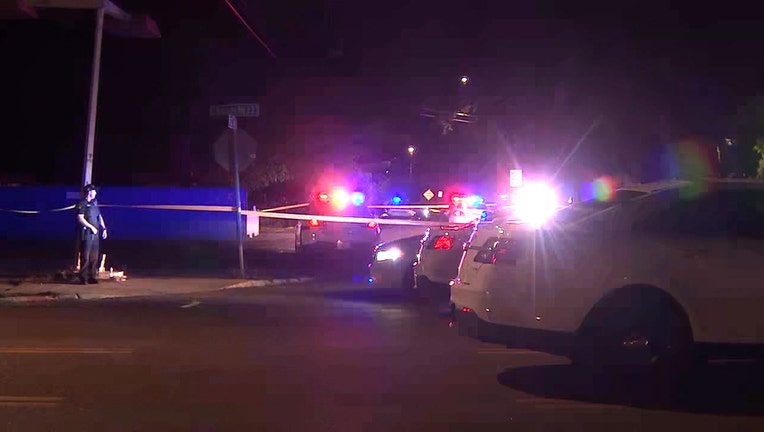 ST. PETERSBURG, Fla. - At least one person was killed, and two others were injured, following an overnight shooting in St. Petersburg, according to police.

Investigators said the shooting occurred at a Suncoast gas station on 13th Avenue South near Dr. Martin Luther King Jr. Street South. They said the location is known to have large groups of people hanging out, and an officer usually patrols the area to break-up those groups.

In this case, an officer arrived minutes after the shooting early Monday morning for calls that people were gathering and ignoring social distancing orders.

Sandra Bentil, a spokesperson for the St. Petersburg Police Department, said it wasn't the first call to the area and that recent calls have been coming in about people gathering in groups larger than 10.

"With the safer-at-home resolution in effect," she explained, "we want to remind people it's not a good idea to gather in large groups anywhere and certainly not more than 10. You're much safer at home."

Police said 28-year-old Resnick Hampton Jr. passed away from his injuries. Two other people have non-life threatening injuries. One of the victims, 47-year-old Christopher Hawkins, was arrested on a warrant after he was treated for a grazed wound.

No one has been arrested.