Authorities are investigating what appears to be a human smuggling incident at a southwest Houston apartment Wednesday, where at least 20 people were found.

Eight people were arrested in the Brazilian states of Sao Paulo and Minas Gerais on Dec. 2 as part of the investigation, which was coordinated between Brazilian Federal Police and U.S. Immigration and Customs Enforcement (ICE) Homeland Security Investigations (HSI), along with the U.S. Department of Justice.

The suspects, which included several Lebanese, Bangladeshi and Brazilian nationals, were arrested on Brazilian federal charges of human smuggling and operating a criminal enterprise, ICE said in a statement.

The human smuggling organization is alleged to be responsible for the smuggling of "scores of individuals" from Bangladesh and other South Asian countries into Brazil — and ultimately destined for the U.S., ICE said. 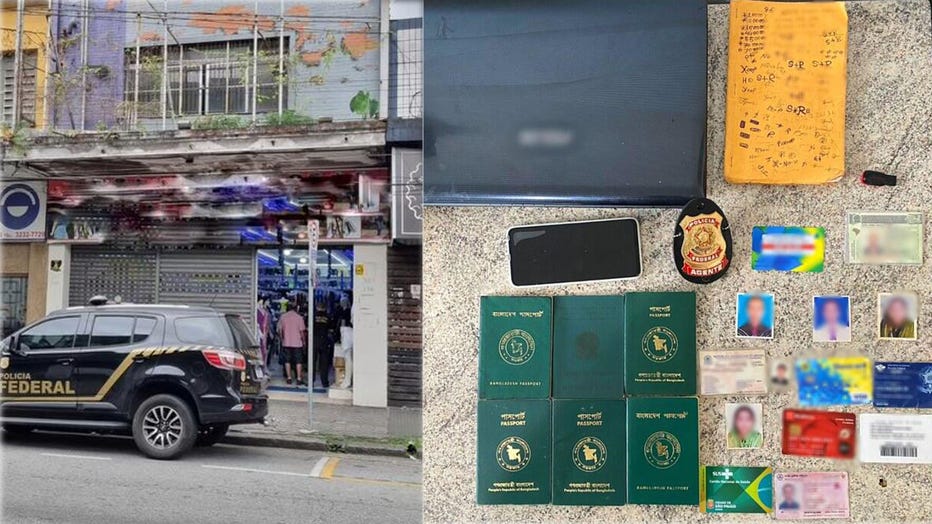 An unnamed location as part of the investigation (L) and passports, identification and other items (R) are pictured in provided images from the U.S. Immigration and Customs Enforcement. (Credit: ICE)

"We are grateful to the Brazilian Federal Police for their continued partnership in combating transnational criminal organizations," HSI Brasilia Acting Attaché Patrick Chen said in the statement.

"This successful operation shows the importance of international collaboration when it comes to disrupting human smuggling networks who undermine our immigration system and put countless lives at risk while doing so," Chen added.

Earlier this year, 23 people were rescued from a suspected smuggling boat off the San Diego coast. The small boat, known as a panga, was spotted by a U.S. Border Patrol video system as it drifted near rocks off the coast of Point Loma. Officials say smuggling off the California coast has long been a risky alternative for migrants to avoid heavily guarded land borders.

In August, an overloaded van carrying about 25 passengers crashed on a remote South Texas highway, killing at least 11 people and injuring more than a dozen others, authorities said. Most of the passengers were believed to be migrants.