Highlights of Friday's flight, from the ground and from the air

TAMPA, Fla. - Our frontline workers have been deemed true heroes during the COVID-19 pandemic, especially the nurses and doctors working long hours to keep the community safe and healthy. Friday morning, MacDill Air Force Base sent a KC-135 refueling tanker into the sky to fly over area hospitals in a show of appreciation.

Dozens of healthcare workers lined the roof of the Tampa General Hospital parking garage, waving flags and signs as the gray plane roared overhead. That scene was repeated at 11 other hospitals around the area, as well as at the Sunshine Skyway Bridge.

“These people just have been working so hard, and the community getting behind them and the military, it was absolutely breathtaking,” said Susan Hackl, who works as an administrative assistant at Tampa General Hospital. 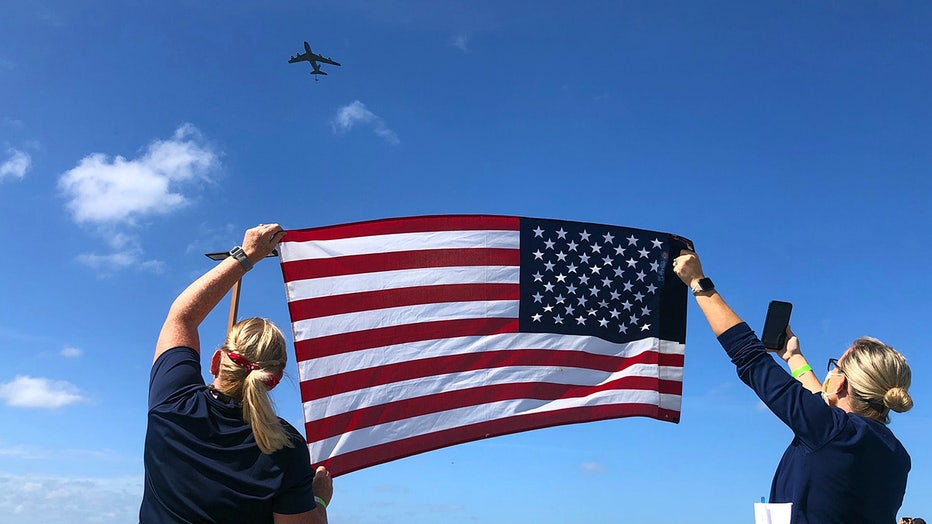 The flyover at TGH. Photo by Jennifer Holton / FOX 13.

Hackl and her colleague held an American flag to the sky during the flyover, to reciprocate the effort.

“We wanted to let them know we support them 100 percent, and wanted to thank them for doing this for us,” she said.

MacDill officials decided to show their appreciation after the Bay Area was skipped during the U.S. Air Force Thunderbirds' and U.S. Navy Blue Angels' first round of flyovers designed to say thank you to first responders.

Medical workers get tribute from MacDill

"I really hope, as our healthcare workers hear those beautiful KC-135s flying overhead, I hope they have a feeling of pride, I hope they realize that we are so appreciative of what they are doing and that they can focus on their mission of protecting and helping folks here in Tampa,” said Col. Stephen Snelson, MacDill’s base commander.

Base officals initially planned the flyover to involve two Stratotankers from the active duty and reserve combo of the base's 6th and 927th air refueling wings, but only one aircraft ended up making the flight.

The pilot’s mother drove up from Miami to see the spectacle.

“It’s very exciting,” Awilda Montalvo said from a spot near the Skyway Bridge. “Very exciting to see my son fly over, and know that he’s worked very hard to accomplish. This is his way and the Air Force’s way of showing their appreciation for everything that they’re doing.” 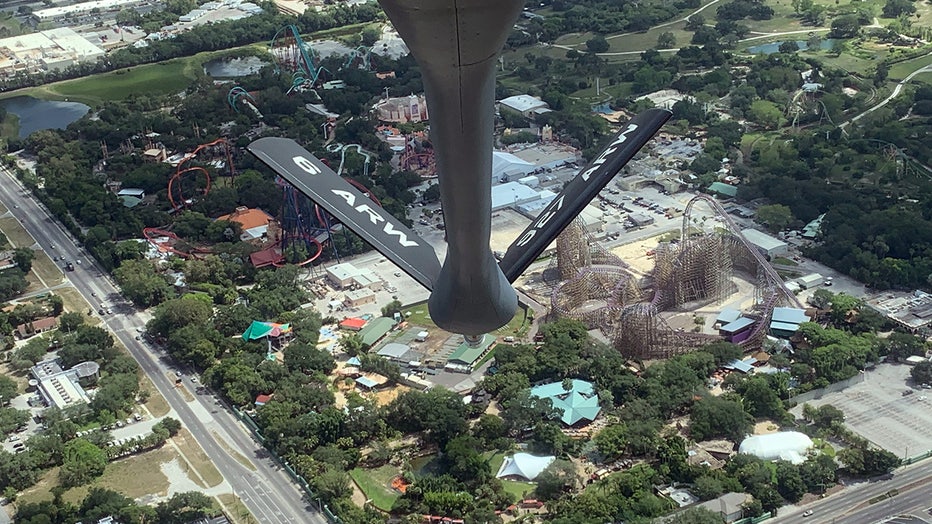 The aircraft was scheduled to fly over 12 hospitals and medical centers along this route: