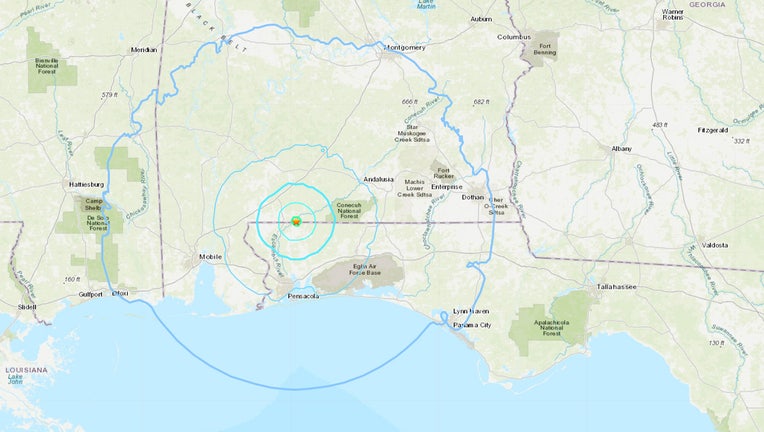 Map showing location of the earthquake. Via USGS.

MOUNT CARMEL, Fla. - A small earthquake rattled the Florida Panhandle this morning, according to data from the United States Geological Survey.

USGS data shows the magnitude 4.0 quake happened just after 11 a.m. Eastern time and was centered about two miles northwest of Mount Carmel, Florida, a town just north of Pensacola along the Florida-Alabama border.

A 4.0-magnitude quake on the Richter scale is considered a “light” earthquake with noticeable shaking of indoor objects and rattling noises, but zero to minimal damage.

USGS data shows several people in the western Panhandle reported feeling the small earthquake, with reports still coming in from as far away as Gulf Shores. There was no word of any damage. 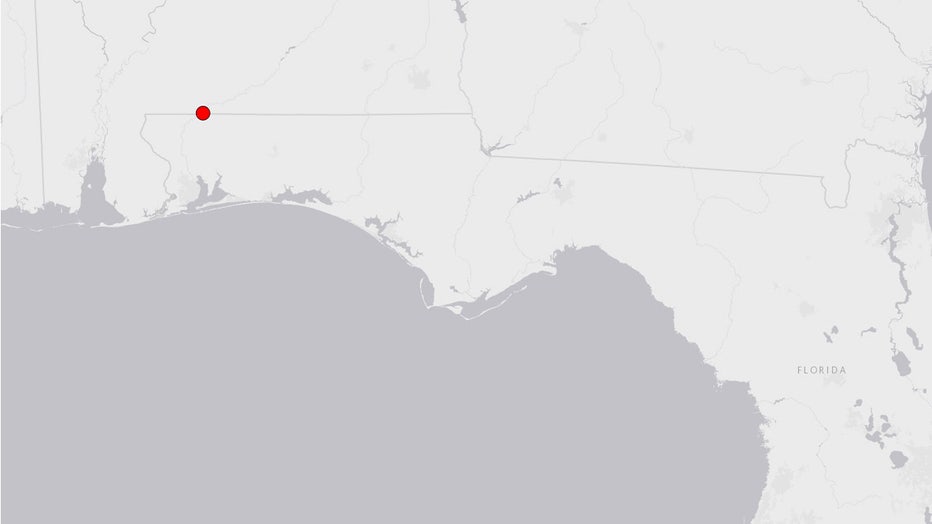 Map showing location of the earthquake (red dot). Via USGS.

Because of the state’s geology, earthquakes in Florida are rare. The state’s last significant earthquake was among a series of quakes recorded in nearly the same location back in March of 2019.

Another series of earthquakes back in 2016 turned out to have been caused by U.S. Navy offshore explosives testing.