VENICE, Fla. - Planes flying overhead out of the Venice Municipal Airport is part of the excitement of teeing off at Lake Venice Golf Club, but on Thursday golfers saw one of the planes take a nosedive.

"We were teeing off on hole number 19 and we was watching the planes come in and out," said a golfer named Bob.

One plane, a Cessna 172, caught the attention of Bob and his friend Rob Conover.

"You could see it was coming in at a bad angle and too fast," explained Conover.

Bob added, "It looked like when he touched he bounced and went a short distance, came down the second time."

And when he came down the plane landed upside down.

"Low and behold he nose-dived down, flipped right over," Conover shared. 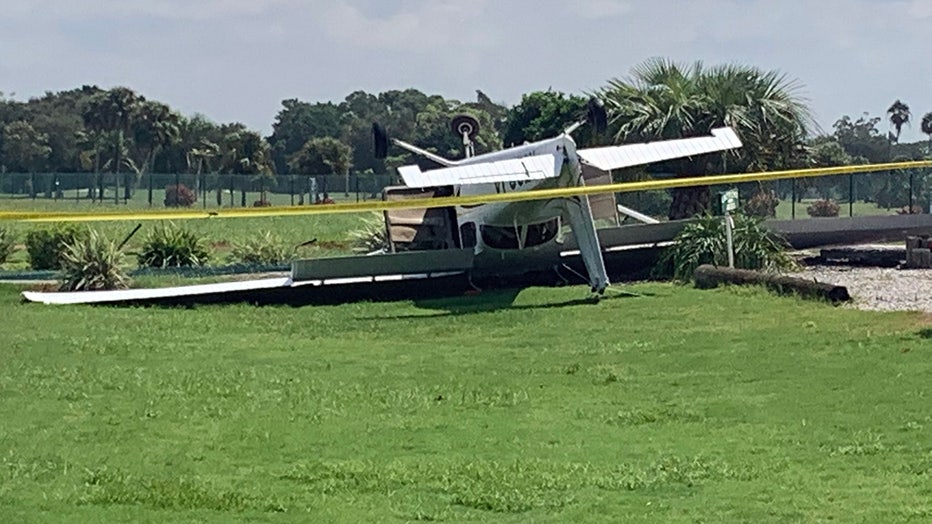 The pilot and passenger were upside down on the practice green after reporting engine trouble.

"It's unbelievable. You just can’t believe it’s happening. We jumped in the cart to come over and we already had people from the course running over," Bob remarked.

On the other side of the course, Bo Anthony heard the plane crash through the fence.

"I just heard a racket and I seen a bunch of lights going on and off," he said. 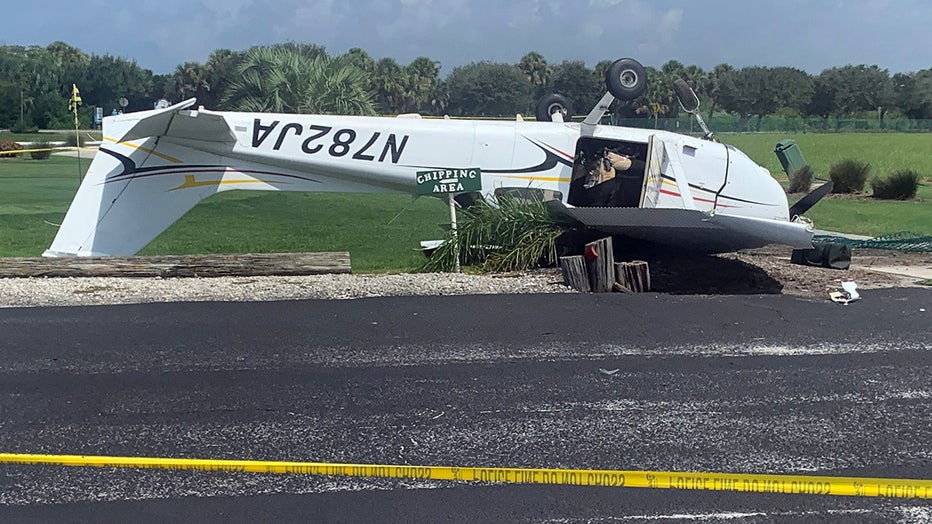 It happened just before 10 a.m., so the practice green was practically empty.

"You can almost expect that planes come in and out all the time something is going to happen sooner or later and you just hope that nobody gets hurt," remarked Bob.

Though a few strokes were added to some scores, the pilot and passenger walked away without a scratch.

"It hurt my golf game because it made me nervous. I think they should give me a free round of golf for that," chuckled Bob.

The FAA was notified of the crash and will investigate.