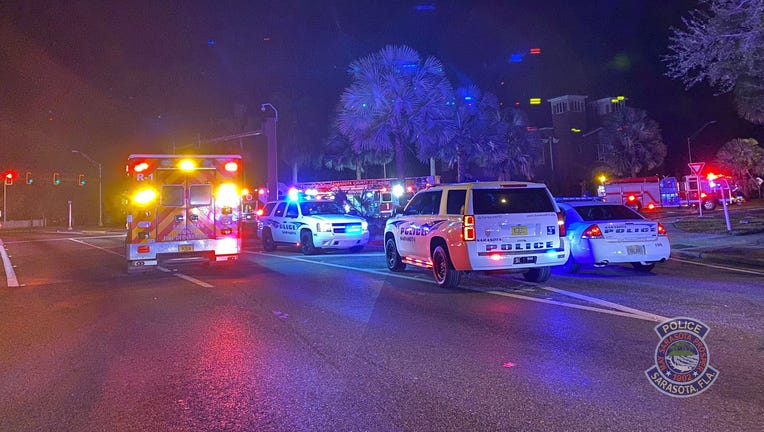 SARASOTA, Fla. - One person died and two others were injured after a single-vehicle crash early Sunday morning, according to the Sarasota Police Department.

It happened just before 4 a.m. at South Tamiami Trail and North Washington Blvd. split in Sarasota.

According to police, a driver with two passengers in the car was traveling northbound on South Tamiami Trail when the driver didn’t make it through the westbound curve onto South Tamiami Trail and struck a light pole and tree before stopping in the median.

The driver died at the scene and two passengers were taken to Sarasota Memorial Hospital with life-threatening injuries.

Anyone with information is asked to call Sarasota Police Traffic Unit Officer Bobby Dodge at 941-263-6773.