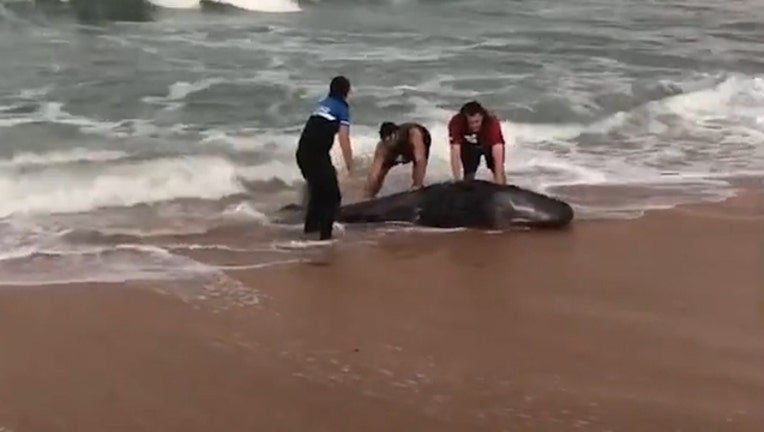 The Daytona Beach News-Journal reports a Flagler Beach police officer spotted the animal Wednesday night. The officer and several residents tried to help the calf, but it didn't survive.

George Biedenbach, director of conservation programs at Georgia Aquarium's Conservation Field Station in Marineland, says they'll perform a necropsy on the whale to determine a cause of death. He says the whale was probably a day or two old. It was about 12 feet long and weighed at least 1,000 pounds.

Biedenbach says he's surprised the whale washed ashore in Flagler Beach, since they usually prefer deeper water, several miles from shore. He says there's no way to tell what happened to the mother.