ST. PETERSBURG, Fla. - Much like last year, the Firestone Grand Prix of St. Petersburg – rescheduled for April – will welcome 20,000 spectators.

City officials and organizers made the announcement Thursday morning. This year’s Grand Prix is set for April 23-25. Both competitors and fans will be subject to a health screening and temperature check before entering. Face coverings are required unless eating or drinking.

Those without a mask will receive one at the entry gates, officials said. Hand sanitizer and hand-washing stations will also be available across the venue.

"This is an important event for our local economy and will again serve to showcase and elevate the Sunshine City on the world stage," said St. Petersburg Mayor Rick Kriseman said in a statement. "I am confident that the protocols in place will allow for a safe, fun race weekend in St. Pete." 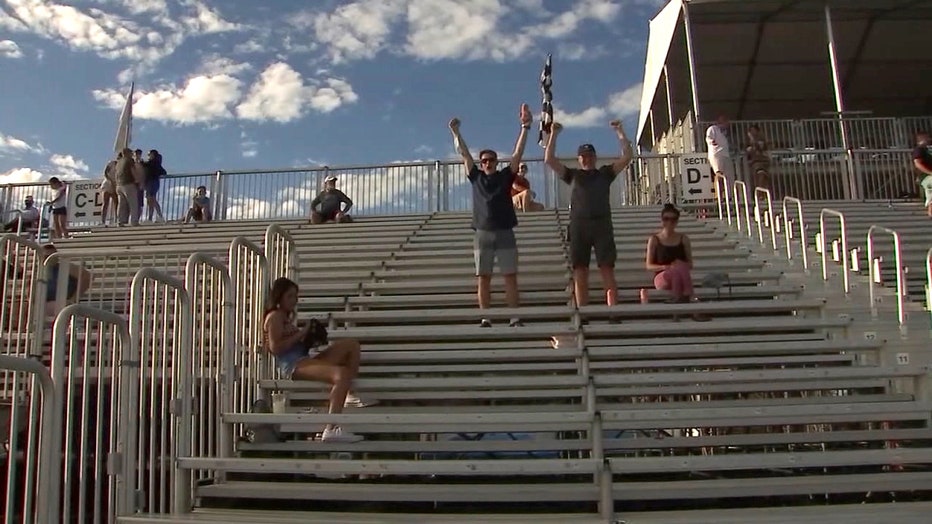 A renewal period begins March 4 for fans who attended last year’s race and purchased three-day tickets. These customers will have until Monday, March 15 at 5 p.m. to renew their three-day reserved grandstand seats or general admission tickets. Grandstand seating will be limited capacity to allow for social distancing between groups.

Public ticket sales will open on Thursday, March 18 at 2 p.m.

Before the pandemic, the event attracted more than 100,000 people. The Grand Prix is usually the first of the season and typically held in March. Last year, when the pandemic started, the event was postponed and ended up being the INDYCAR season finale in October and allowed 20,000 spectators into the event.

This year’s Grand Prix was originally scheduled to be held this weekend, but was postponed due to the pandemic.