Tropicana Field site plans with and without field unveiled

ST. PETERSBURG, Fla. - The Tampa Bay Rays have signaled they are interested in building a new stadium where Tropicana Field now sits, but they are at a standstill with their landlord, the city of St. Pete, on the future of the site.

The mayor says he wants baseball in St. Pete but says if the team isn’t committing to a full season, then he will not allow the team to control the majority of the land.

Right now, the Rays have rights to Tropicana Field, which is owned by the city, through 2027 -- at which point they want to do a split season, somewhere in Tampa Bay and Montreal. 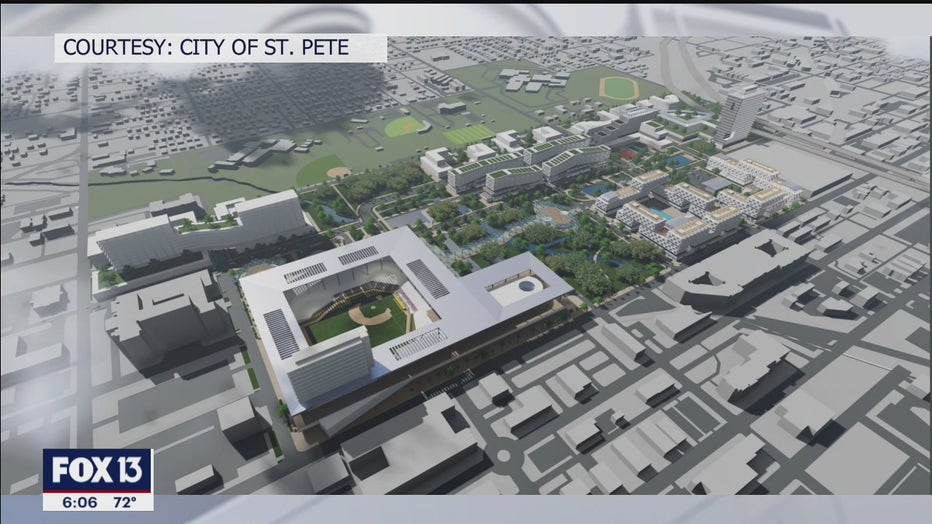 Tuesday, Mayor Rick Kriseman said they have had serious conversations with the team about building a new stadium at the current location, but he is rejecting the Rays’ request for owning and controlling most of the land for a split season.

"I simply cannot allow the city and the community to lose control of the site," said Kriseman.  "My preference is that the city work with the Rays and the developer, that I choose, on the specifics of a development around a new stadium."

PREVOUS: Plan to redevelop Tropicana Field could include removing part of interstate 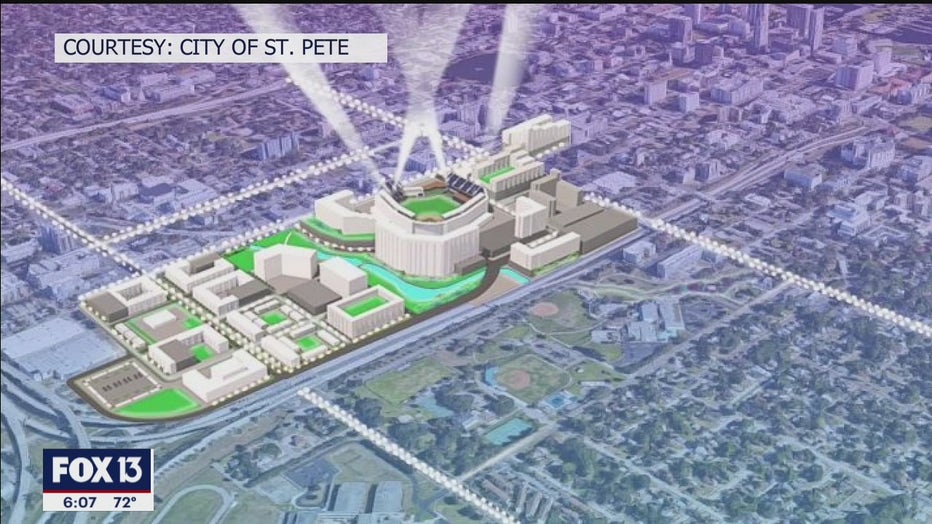 Sternberg said, "There were proposals, there were discussions, the mayor chose to talk about them in a certain way and I would disagree that we had that approach. And I know we didn’t, so."

It seems the mayor is moving on, releasing seven proposals Tuesday, each with and without a stadium in the plan. The mayor wants to redevelop the 86 acres of land in a way that connects the Edge District to South St. Pete, which lost many black-owned businesses when the Trop was built.

The team says it will continue to work with the mayor’s office.