ST. PETERSBURG, Fla. - Hundreds of people gathered in St. Petersburg for a rally in honor of George Floyd Saturday afternoon.

The rally, which began around 2 p.m. stayed peaceful.

After chants and speeches, the protesters marched several blocks to the St. Petersburg Police Station, where the crowd held a moment of silence for Floyd. 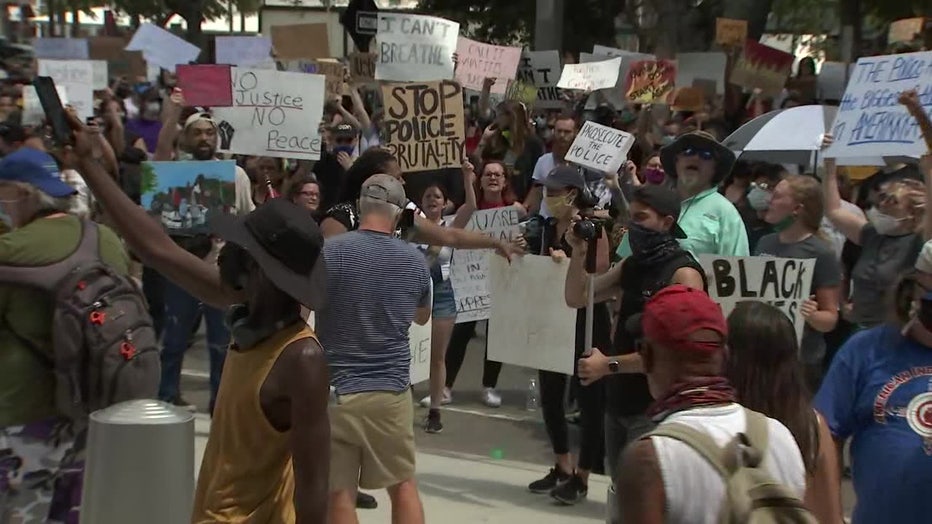 Activists said Saturday’s turnout was encouraging. They said the rallies are important because it allows African-Americans and allies to stand in solidarity with one another.