TAMPA, Fla. - The skies above Tampa Bay will be booming this weekend and not just with public fireworks displays. Florida law now makes it legal for adults to shoot off their own fireworks on holidays such as the Fourth of July.

Despite the state law, fireworks could still be banned in your local city or county. So, before you stock up, make sure you're in the clear.

Whether you prefer a snap, crackle, pop or boom, the state of Florida opens the sky three times a year for personal fireworks shows: July 4th, New Year's Eve, and New Year's Day. On those days, Gov. DeSantis made it legal for adults over 18 to shoot off larger aerial fireworks, Roman candles, bottle rockets and other pyrotechnics.

It was a welcomed law change last year as the pandemic dampened holidays and silenced the skies. It sent thrill-seekers to fireworks vendors in hopes of creating their own backyard displays.

From beginners to experts, those seeking simple sparklers or the popular "Popo Magnets," Phantom Fireworks welcomed the deluge of holiday customers. 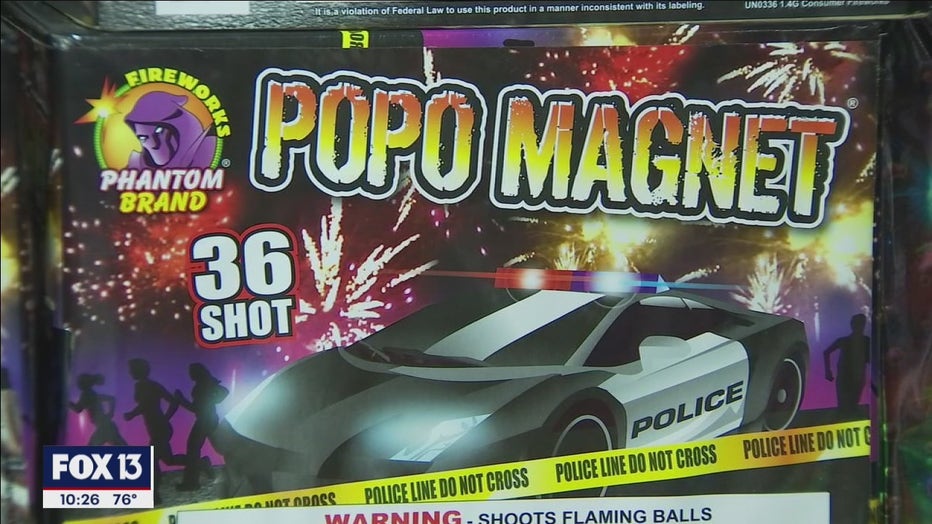 "I think that's what it's all about is making everybody's holiday and making sure they have a good and safe time," Ruiz said.

"We do require an ID for anybody to purchase," Ruiz continued. 'They must be 18. We have a waiver that they sign saying that they're responsible and understand all the state guidelines as well."

Mayor says Boom by the Bay is set for July 4th

Boom by the Bay, which kicked off in 2019 only to be scuttled in 2020, will take place on July 4th and make full use of the city’s Riverwalk. Mayor Jane Castor’s office says a boat parade and blessing of the fleet will start at 5 p.m., followed by fireworks from six different locations.

But before you prep your pyro party, check local ordinances. Existing government bans and even HOA regulations can still supersede this state law.

Pinellas County, for example, prohibits the retail sale, purchase or use of fireworks. Supervised public displays are only allowed with a permit from the appropriate fire district. Vendors need permits, too.

"Essentially, the only things that you're going to be able to use are sparklers and that means it's basically non-explosive fireworks or fireworks that will not shoot up into the air," said Pinellas County spokeswoman, Sydney Criteser.

That's just the county, though. Other cities within Pinellas can still make their own rules.

Of course, you could always just kick back, look up, and let the pros light the fuses. Many public displays canceled by the pandemic will be booming once again from Clearwater to Tampa and beyond.