May's full moon and a lunar eclipse coincided on May 26, to create a phenomenon known as a "super flower blood moon." Credit - Declan Bowring via Storyful

A super "Blood Moon" captured the attention of viewers across the world on Wednesday.

While on Tuesday it appeared as a glittering full moon – the closest to Earth sky-gazers can witness – the next morning the moon appeared tinged with a reddish glow.

According to NASA, the Blood Moon occurs during a total lunar eclipse when the Earth aligns itself between the moon and the sun.

Notably, this Blood Moon is a combination of May's full Flower Moon – which is classified as a supermoon – and a total lunar eclipse. 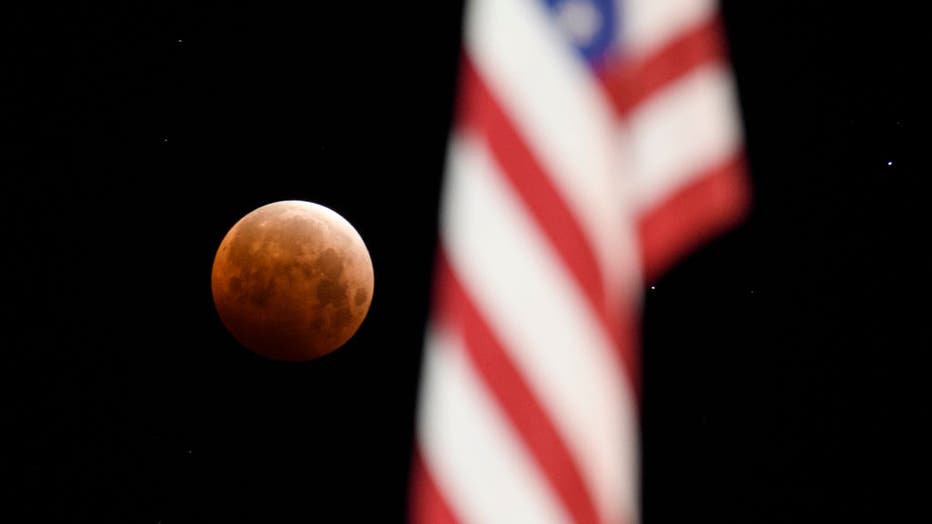 A full moon is seen framed with a U.S. flag during totality of a total lunar eclipse as the moon enters Earth's shadow for a "Super Blood Moon" on May 26, 2021 in Chico, California. (Photo by PATRICK T. FALLON/AFP via Getty Images)

A supermoon, also known as a perigean full moon, occurs when the side of the moon facing Earth is fully illuminated by the sun and is at the closest point in its orbit around Earth.

While the super Blood Moon and its total eclipse phase is distinctly visible over eastern Asia, the Pacific Ocean and parts of the western U.S., most of the East Coast and central U.S. gets the short end of the stick as the moon is below the horizon at the time of the full eclipse.

In a Monday blog post, NASA's Gordon Johnston said that explained that while East Coast viewers would only witness the "barely-detectable start of the eclipse as the moon sets," Americans lucky enough to have both clear skies and a clear view of the horizon would be able to really understand their place in the alignment.

"You can see the sunrise, then turn 180 degrees to see the curved shadow of the round Earth starting to fall across the edge of the moon as the moon sets," he instructed.

The supermoon would pass through the full shadow of the Earth – also known as the umbra – at approximately 5:45 a.m. ET.

The totality of the Blood Moon lunar eclipse would last for around 14 minutes and 30 seconds and the moon.

Following the eclipse, the event repeats in reverse as the moon moves out of Earth's shadow.

According to Johnston, the next full moon would appear opposite the sun in Earth-based longitude at 7:14 a.m. ET.

The moon is expected to appear full through Thursday morning. 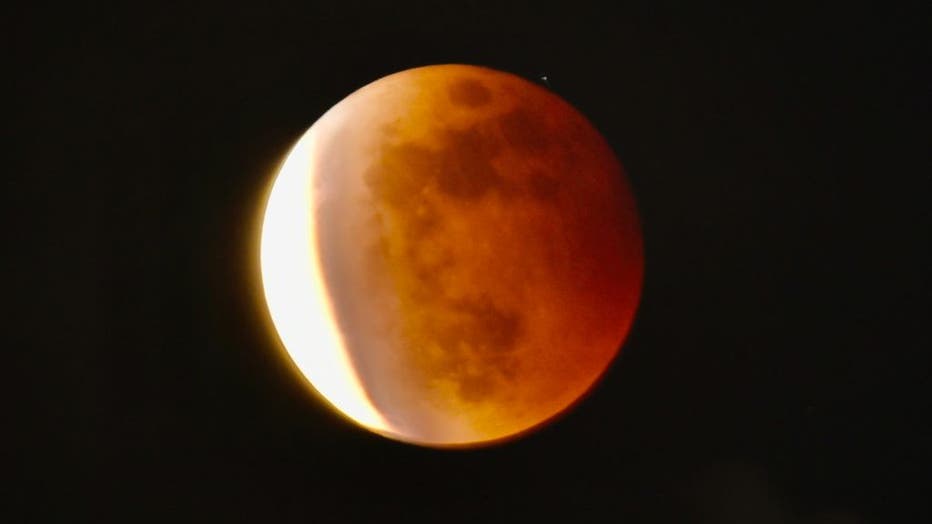 A full blood moon is seen during a partial eclipse in Taipei on May 26, 2021 as stargazers across the Pacific are casting their eyes skyward to witness a rare "Super Blood Moon." (Photo by SAM YEH/AFP via Getty Images)

Forbes explained that the name Flower Moon indicates that just nine hours before becoming fully illuminated, the moon will reach its closest point to the Earth – or perigee – for the year.

The Flower Moon is named after the abundance of flowers that emerges in late spring.

The next supermoon – the super "Strawberry Moon" will be visible on the East Coast on June 24 and there are three more eclipses scheduled to take place before 2022.

However, the next total lunar eclipse won’t happen over North America until May 2022.