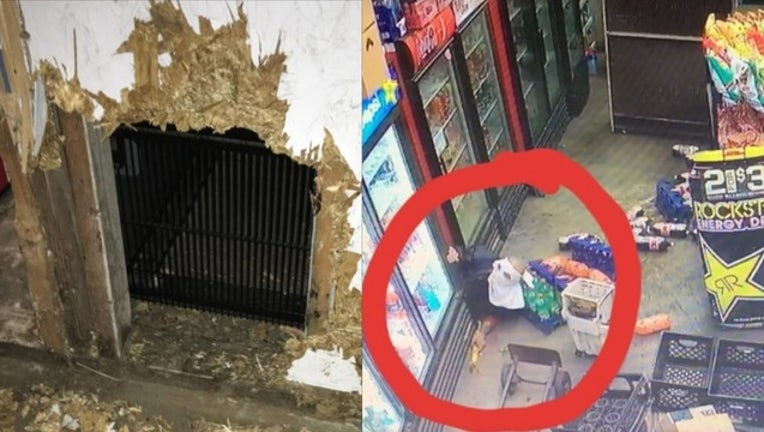 LA VERNE, Calif. (FOX 11) - A suspected burglar was caught on camera tunneling into a store in La Verne.

La Verne police say it happened around 4 a.m. on August 17th at the Inland Dairy Store on White Avenue and 1st Street.

Officers responded to a burglary alarm at the store and saw a hole in the wall of the store when they arrived.

The suspect, Rudy Mindiola of Pomona, was detained and officers determined he tunneled his way into the business with the intention of stealing items.

Police say they found 'burglary tools' and stolen property outside the store.