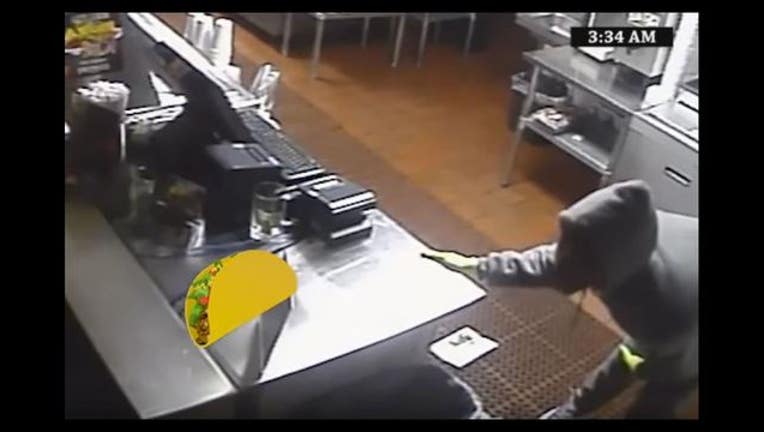 A cleverly placed taco emoji is used to "troll" the burglars who were caught on tape robbing Frijoles and Frescas Tacos in Las Vegas.

Las Vegas, Nevada (FOX11) - This must be one of the most creative commercials we’ve seen in some time! The owners of Frijoles & Frescas Tacos in Las Vegas take what could be a tragedy and turn it into something much more and now they’re YouTube stars.

Watch the video below:

Greg Carlson, the taco spot’s manager turned security camera footage into a viral YouTube hit after thieves burglarized the place by adding very clever subtitles, emojis and music. "We wanted a way to get the word out there, and thought we could reach more people by making it a little more light-hearted," Carlson told the Las Vegas Sun. Currently the video has more than 2.6 million views.

The taco thieves were able to get away with two registers –they say they were empty in the video – and broke some windows but other than that it appears not much damage was done. Police are still looking for the suspects, caught on camera in the video on December 16th. If you know anything about this crime you can call LVMPD Crime Stoppers at 702-385-5555.