TAMPA, Fla. - For months, rumors have circulated whether WWE will give Tampa another chance at hosting WrestleMania after the pandemic forced its cancellation last year -- and it appears to be true.

The WWE said their main event will once again be a two-night show -- but this time with a live audience -- on April 10 and April 11 at Raymond James Stadium.

"In coordination with local partners and government officials, WWE will announce ticket availability and safety protocols for WrestleMania 37 in the coming weeks," according to a press release. "Information on additional WrestleMania Week events is forthcoming."

"The opportunity for Tampa Bay to host WrestleMania in April is, in true WWE fashion, the perfect comeback story and marks a clear indication that our beautiful city is poised to bounce back stronger than ever. We can’t wait to once again showcase all that team Tampa Bay has to offer," Tampa Mayor Jane Castor said in a statement.

Before the pandemic, fans of WWE were finalizing their plans and eagerly waiting for their chance to witness WrestleMania in-person in Tampa, but were only to be disappointed when the company had to cancel to avoid further spread of the coronavirus.

Now, WrestleMania 37 will be the first time Tampa played host to the main event, the WWE promises. Tampa Bay is home to several wrestlers, like Drew McIntrye and King Corbin. In December, the ThunderDome moved into Tropicana Field, where fans virtually tuned into the arena via live video.

Smackdown at the Trop

Tropicana Field became the new home of WWE's ThunderDome, which launched in August as part of WWE’s first-ever residency at Amway Center in Orlando but had to move elsewhere with the NBA's Orlando Magic set for a return-to-play.

When it was first announced that Tampa will host  WrestleMania 36 back in May 2019, fans and officials said it was a longtime coming, given the city's deep roots in wrestling. 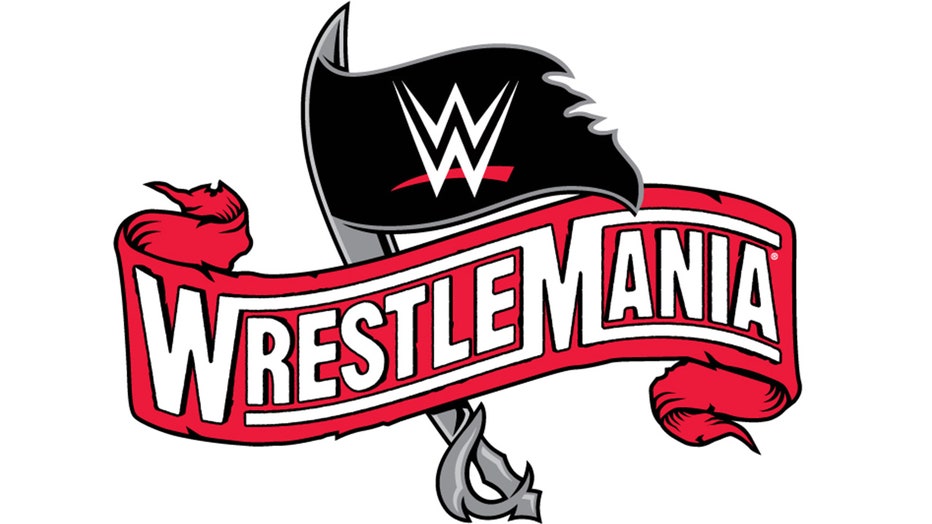 The WWE logo released in 2019 when Tampa was announced as the host city for WrestleMania 36. (WWE)

But the world quickly changed, and by mid-March, WWE officials announced WrestleMania 36 will move to its performance center in Orlando, with no live-audience. Rob Gronkowski, who joined the Tampa Bay Buccaneers this season, became the host of the main event, which was available on the WWE Network as a pay-per-view.

RELATED: WWE selling 'I Wasn't There' shirts for WrestleMania 36

Towards the end of 2020, several reputable wrestling blogs and websites said "inside sources" shared plans were in the works to shift WrestleMania's location back to Florida, where, during the early onset of the coronavirus pandemic, Governor Ron DeSantis deemed the WWE as an "essential business."

"Florida is excited to welcome back WrestleMania to Tampa in April at Raymond James Stadium. Florida has continued to work with professional sports and entertainment to safely operate while generating revenue and protecting jobs," DeSantis said in a statement. "WrestleMania will bring tens of millions of dollars to the Tampa area and we look forward to hosting more sporting and entertainment events in Florida this year."

According to Spectrum News 13, WWE pursued Tampa as early as October to be the new host site as the status of fans in attendance at the California venue remained uncertain.

WrestleMania is basically the Super Bowl for WWE. It brings together fans from all over the world. Around 80,000 people from up to 90 countries were expected to descend into Tampa earlier this year to meet and watch their favorite superstars.

PREVIOUS COVERAGE: WrestleMania 36 to be held in Orlando with no live audience: WWE

In 2019, fans spent $165 million between that New Jersey and New York during WrestleMania week. In Tampa, officials predicted fans would have spent even more, likely in the ballpark of $180 million. That’s similar to how much fans spent in 2017 when Orlando hosted it.