TAMPA, Fla. - She’s only 10 years old but is already receiving national attention as an animal hero.

Delanie Dennis, 10, was selected to receive the ASPCA 2022 Kid of the Year Award. Dennis founded Delanie's Lemonade Stand in her parents’ restaurant, Café Delanie, in 2019 when she was only seven years old. Each month she raises money for a local animal rescue.

"I didn't think it was going to be this big, because I started it when I was seven. And I thought, and I thought it wasn't going to get too much," Delanie said.

She’s exceeded her goal of raising more than $50,000 to support more than 25 local animal rescues, all while volunteering at animal shelters and hosting community animal adoption fairs. Her family said she’s always had a special love for animals, and it was important for her to make sure they were being taken care of. 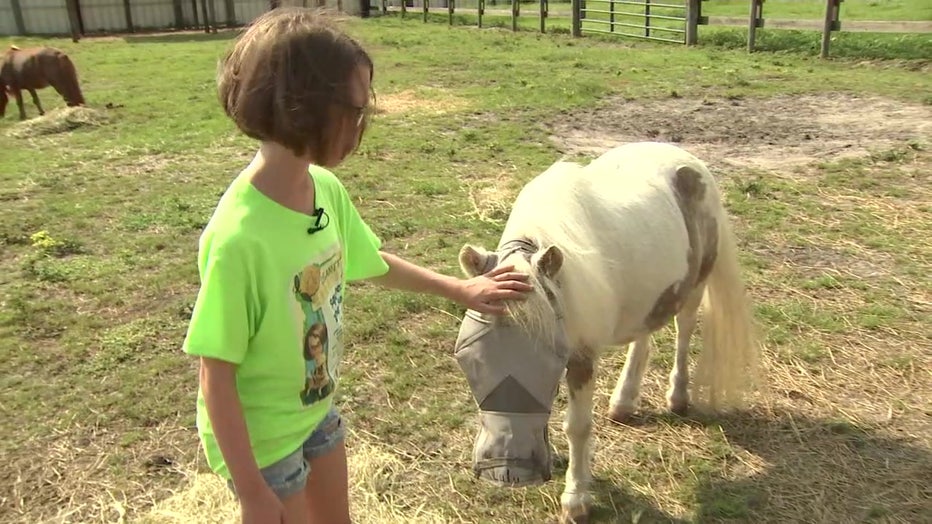 Delanie Dennis, 10, was selected to receive the ASPCA 2022 Kid of the Year Award.

"I love them so much because if you give them a forever home, and you love on them, they love you back and all animals deserve a good home," Delanie said.

READ: Swipe right on your fur-ever friend: Tinder teams up with shelters for National Dog Week

Hoping to help more animals, last year she hosted an adoption event that featured 29 local animal rescues and resulted in the adoption of more than 30 animals.

"I hosted my first annual adoption fair because I felt pretty bad that I couldn't support all animal rescues at once just because there's only 12 months in the year," Delanie said.

The family has no idea how the ASPCA found out about the work Delanie does in the community, but they are so proud. 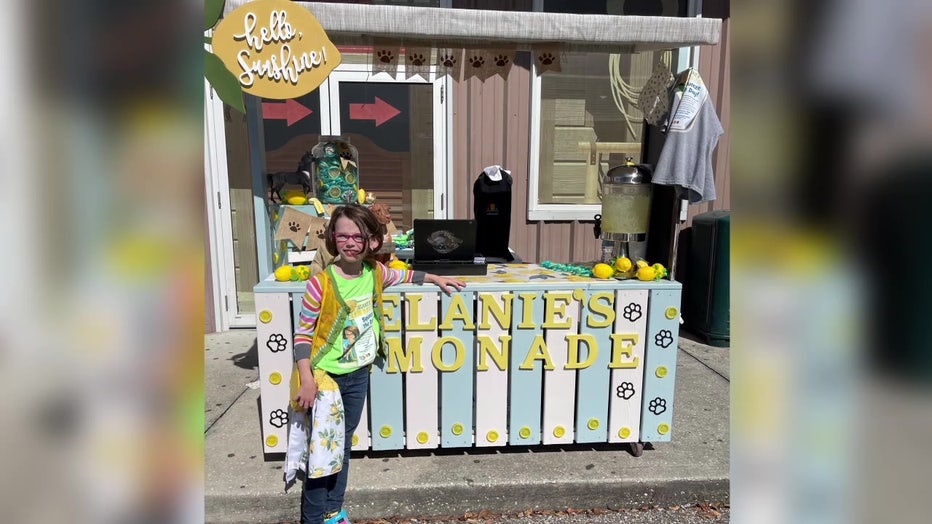 She created Delanie's Lemonade Stand in her parents’ restaurant, Café Delanie, in 2019 to raise money for area animal rescues.

"Amazing to get that phone call. It was almost my husband and I were kind of set back. Is this real life? Is she really chosen out of the nation to be the Kid of the Year at such a young age for all that she's accomplished," Delanie’s mom Julie said. "The fact that they found her and were following what she's been doing for the animals in our community, it's just amazing. We're so proud. She's dedicated."

"Delanie Dennis wonderfully represents the spirit of our ASPCA Kid of the Year Award, which is given to a young person who demonstrates incredible commitment to helping animals in need," said Matt Bershadker, ASPCA president and CEO. "Over the last few years, Delanie has raised more than $50,000 for local shelters and animal welfare organizations and enthusiastically volunteers her time and energy to help animals in her community survive and thrive. Delanie proves that people of all ages can turn their compassion into action, and we are proud to honor and celebrate her remarkable accomplishments."