TAMPA, Fla. - The images of Paul Hodgkins waving a Trump flag on the Senate floor got him into hot water. Now he's in prison, although it appears he may be suffering from a case of buyer’s remorse.

In July, Hodgkins pleaded guilty to a felony charge of obstructing a joint session of Congress and was handed an eight-month prison sentence for his involvement in the deadly Capitol riot on January 6.

Patrick Leduc, his attorney at the time, said his client had a few minutes of bad judgement.

"He's a great American I think people ought to give him a break. He made a mistake," explained Leduc.

But Hodgkins claims the only mistake he made was listening to Leduc. In a new court filing, the Tampa man says Leduc didn't tell him or explain he could appeal his sentence, and because of that, he missed the deadline. He also claims Leduc misled him into believing he wouldn't see any prison time.

Now Hodgkins and his new attorney are asking the court for more time to file an appeal.

PREVIOUS: Tampa man among first to plead guilty for involvement in Capitol riot 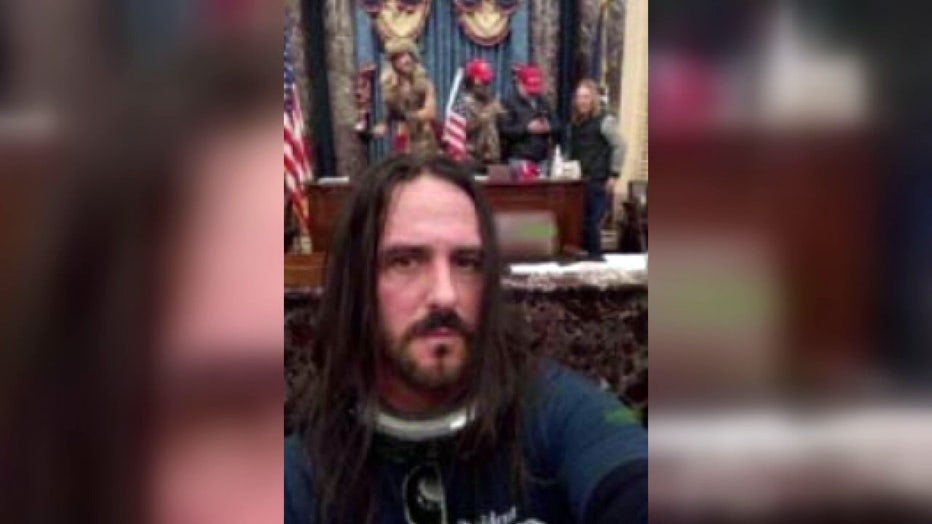 During his sentencing this summer, Hodgkins apologized for his actions.

"If I had any idea that the protest would have escalated the way it did, I would have never ventured farther than Pennsylvania Avenue. This was a foolish decision on my part," admitted Hodgkins.

Before handing down his sentence, the U.S. District judge Randolph Moss did not hold back.

"This was not, by an stretch of the imagination, a protest. It was an assault on democracy.  It left a stain that will remain on us on the country for years to come," said Moss.

Now the same judge will now decide whether Hodgkins get a second chance at a do-over.

In emails attached to the court filings, Leduc writes that he got Hodgkins the best deal possible.