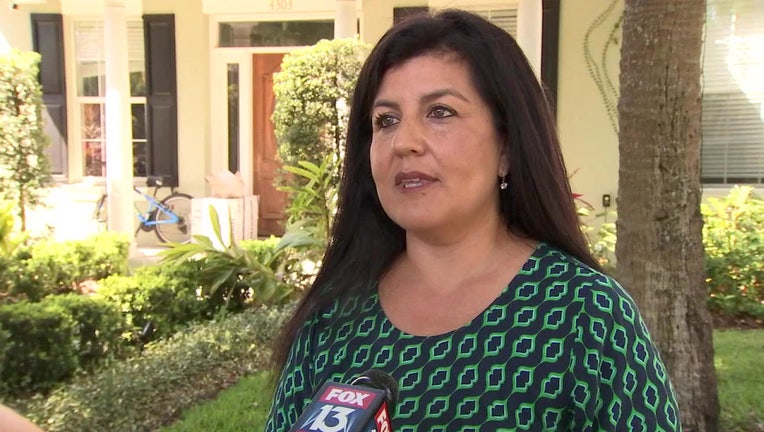 TALLAHASSEE, Fla. - A Tampa Republican lawmaker on Friday called for an audit of the state’s overwhelmed unemployment-compensation system, as work was underway to finalize a paper version of the benefits application.

Rep. Jackie Toledo, R-Tampa, wants the Joint Legislative Auditing Committee to audit spending on the Department of Economic Opportunity’s CONNECT system, which cost $77 million to get online in 2013.

Toledo, a member of the committee made up of House and Senate members, noted the massive number of jobless applications being filed as businesses statewide have shuttered or dramatically scaled back because of the novel coronavirus. But she also called it a “mass failure” of the system “that has seen the same unfixed problems in the past 5 years.”

“If these problems were not solved, we must determine where the appropriation went, and why the DEO (Department of Economic Opportunity) did not seek to prepare for the economic impact of COVID-19,” Toledo said in a prepared statement.

The online system was rolled out amid much criticism in October 2013, following a 2011 unemployment law that raised new barriers for eligibility and cut back on the number of weeks of unemployment benefits.

Two years after the system was operating, a report from the National Employment Law Project found that fewer than one in eight unemployed Floridians --- 12 percent, compared to 27 percent nationally --- received jobless aid.

Rich Templin, a lobbyist for the Florida AFL-CIO, said that before the latest rush on the system, the burdensome application process resulted in two-thirds of applicants failing to qualify.

Echoing remarks by lawmakers throughout the state, Toledo said her office has been inundated with calls from people concerned that “application pages will not load, or that in-progress applications reset entirely.”

On Thursday, Gov. Ron DeSantis ordered the use of paper applications to try to help with the problems. The Department of Economic Opportunity had received more than 348,000 unemployment applications in the past two weeks, with an additional 2.1 million telephone calls for assistance in navigating the online system and the requirements to qualify for benefits.

The Tampa Bay Times reported that Department of Economic Opportunity Executive Director Ken Lawson apologized on Thursday during a Zoom teleconference with a couple of state lawmakers.

“There’s a full commitment from me, personally and professionally, to get you the resources you need from my department,” Lawson said during the call, the Times reported.

For weeks, we've been hearing stories of frustration from people out of work, trying to apply for unemployment benefits through the state's overloaded website, only to run into errors that send them back to square one.

The agency has shifted workers and started hiring 100 new employees to assist with the calls, while bringing in outside contractors to address issues such as the failure of applicants’ “PIN” numbers to reset.

Meanwhile, DeSantis directed Lawson to use emergency funds to increase the capacity of the online system and has asked other state department heads to find workers who can temporarily field calls.

In a sign of where the state’s jobless numbers are headed, the U.S. Department of Labor on Friday posted the nation’s latest monthly unemployment figure at 4.4 percent, which reflects some of the early effects of the coronavirus pandemic on the labor market.

“We cannot precisely quantify the effects of the pandemic on the job market in March,” a Labor Department news release said. “However, it is clear that the decrease in employment and hours and the increase in unemployment can be ascribed to effects of the illness and efforts to contain the virus.”

Even with the March survey predating many of the coronavirus-related business closures in the second half of the month, the latest figure represented a 0.9 percentage-point jump nationally.

Florida’s figures for March will be released on April 17. Florida had a 2.8 percent jobless rate in February.

Nationally, the report indicates employment fell by 701,000 from a February count, with the leisure and hospitality industry seeing its employment numbers down 459,000.

On Thursday, the U.S. Department of Labor reported Florida accounted for 227,000 of the unemployment claims filed across the nation during the week that ended March 27.

Floridians who qualify for jobless benefits can receive up to $275 a week for 12 weeks, among the lowest benefits in the nation.