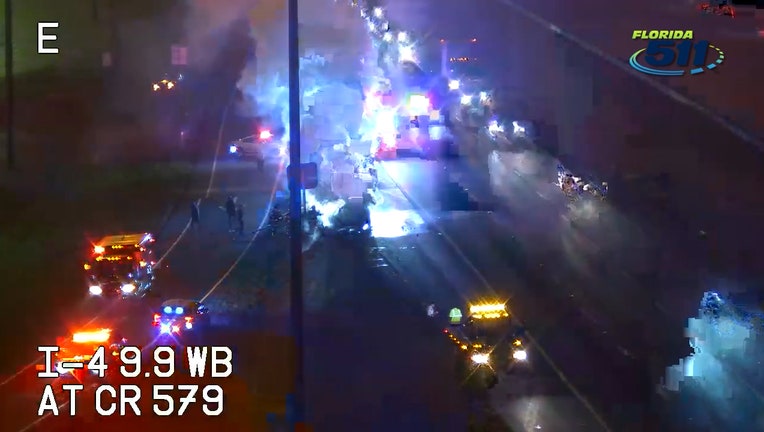 SEFFNER, Fla. - Authorities are investigating a death after a crash caused the driver’s car to break out in flames.

The collision occurred around 12:20 a.m. Thursday along Interstate 4 near Mango Road in Seffner. According to the Florida Highway Patrol troopers, the 51-year-old male driver from Tampa was heading west on I-4 in his 2009 Pontiac G5.

Troopers said a tow truck was stopped on the shoulder. For “unknown reasons” the driver entered the paved shoulder and crashed into the back of the tow truck.

They said the Pontiac caught fire, and the driver passed away at the scene. The man has not been identified.

Westbound lanes of I-4 were closed for a brief period of time, but they have since reopened.