TAMPA, Fla. - Children from Tampa’s Parks and Recreation Department joined Mayor Jane Castor underwater in the Florida Aquarium’s 100,000-gallon "Heart of the Sea" Exhibit, for the first day of the "SeaTREK" program on Saturday.

The kids and the mayor were surrounded by sharks, stingrays, spotted eagle rays, various fish, and sea turtles.

"It is an exciting opportunity for all of our kids in the city of Tampa, but more specifically for those kids, that may not ever have this exposure. You never know what light that may light within them, the passion or their skill, they may become marine biologists just based on the experience that they have today," shared Mayor Castor.

The program is aimed at engaging underserved communities to help create a bond with nature and the water.

"For the first time here at Florida Aquarium, really anyone 10 years old or older, it can go a little lower, but we’re starting at 10, have an opportunity, whether you know how to swim or not, to get under the water, get up close with the animals and our environment," said Roger Germann from the Florida Aquarium. 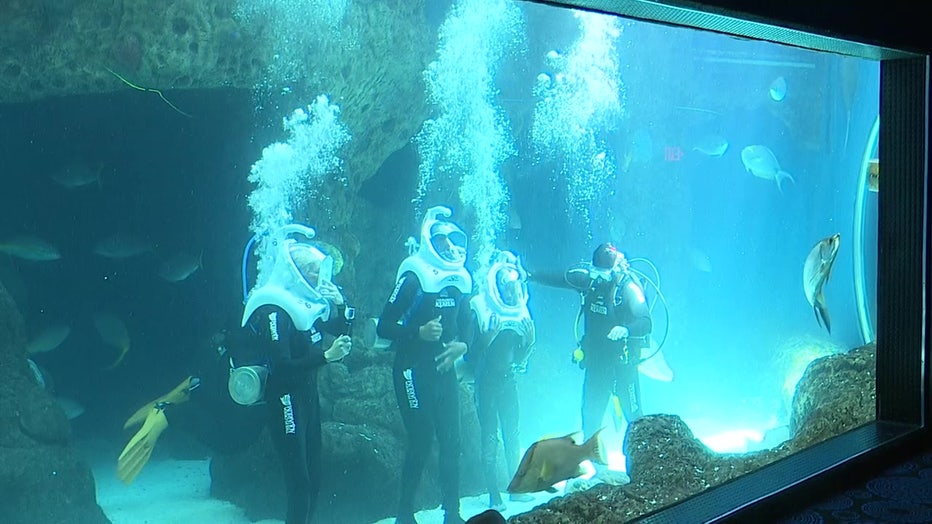 Germann says he hopes this program will inspire young people and the public to care more for marine life and their environment.

Recently, the city of Tampa launched the Litter Skimmer, which is a boat that goes around Tampa’s waterways and picks up trash.

"When you pull out 850 pounds of trash in one pass, that tells us that our community still has to have a better relationship with our natural world, and one way to do that, is to demystify water, to demystify the animals and this SeaTREK Program that we have here, especially reaching communities that might not have a favorable relationship, is extremely important," Germann said.