Officers step up patrols around malls

This year, holiday shopping is sure to be different, but like previous years the concern for thieves remains the same.

"It's always a threat we have to deal with and prepare for and that's the reason why we have so many men and women behind me," Tampa Police Major Eric DeFelice said.

Tampa PD had a strong show of force Tuesday outside Westshore Mall with patrols in the form of K-9 units and officers on horses and motorcycles. It's a peek at what shoppers can expect to see next time they hit the mall, but more importantly, it's a warning to the criminals targeting them.

"We're hoping that anyone would see this target and know that it is a hardened target. We will have resources here for all of the operational hours of the mall inside and out and maybe they'll think twice about Tampa," DeFelice said. 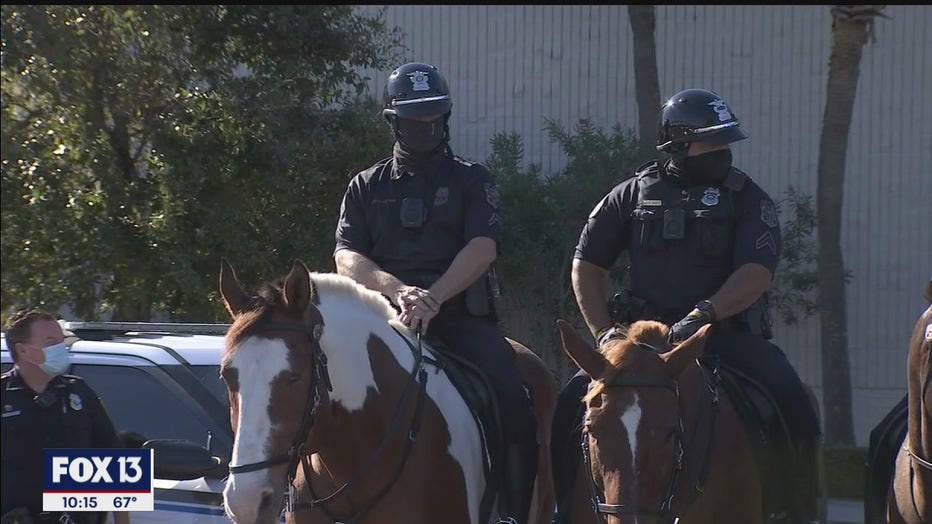 The increase in patrols is part of TPD's Operation Holiday Greetings, which is a yearly effort to protect vulnerable shoppers. In addition to increased patrols, officers are asking shoppers to be extra vigilant. Check accounts and credit cards routinely for any odd activity and lock all purchases in your trunk so they're out of sight.

If you're shopping online, there are steps you can to secure your deliveries. In Hillsborough County, residents can have their packages sent directly to an HCSO district office. It's part of the Sheriff's Office's new program known as Operation Pinch-A-Grinch, which allows anyone to pick up their packages during designated hours for free.

For more information on how to sign-up for Operation Pinch-A-Grinch, visit https://www.teamhcso.com/Section/6d5fb2ac-32df-410c-bd47-6feea10c8111/PinchAGrinch.