TAMPA (FOX 13) - A Tampa police officer was shot in the arm while serving a warrant Monday morning, and survived, his agency said.

Officers were serving a warrant in the Hubert Avenue Villa Apartments, located at 4605 North Hubert Drive, after 2:30 a.m. They were looking for 35-year-old Walter Jeziorski, who's accused of making threats against relatives, Chief Brian Dugan said during a press conference.

Dugan said Jeziorski fired gunshots from the doorway at the officers, and two officers returned fire. Officer Rich Lehr, a 10-year veteran with the Tampa Police Department, was struck in the arm. He was taken to St. Joseph’s Hospital and has since been released.

A second officer, Leigh Smith, sprained his ankle during the incident, police said, and was treated and released from the hospital as well. Smith has been with the department for almost four years.

There was a brief standoff situation, but Jeziorski turned himself in after his mother convinced him through a phone call, Dugan said. Jeziorski is facing two counts of attempted murder of a law enforcement officer.

"This is just another example of what our officers deal with every single day out there," Dugan said.

Following Lehr's release from the hospital, the agency tweeted the following:

Officer Lehr has been released from the hospital and is on his way home.  He sends his thanks to the community for their thoughts, prayers, and concern for his recovery. 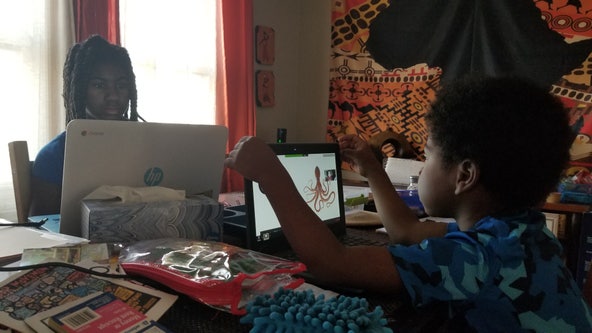