Marine Weather Statement
until MON 11:45 AM EDT, Coastal waters from Tarpon Springs to Suwannee River FL out 20 NM
Image 1 of 4
▼

TAMPA (FOX 13) - Michael and Kimberly Hoskinson are two of the last people you might suspect of child abuse. He's the principal at Coleman Middle School in Tampa and she's an assistant teacher at Plant High.

But tonight they're accused of hitting, shoving, and threatening a teenage relative because she sent a text to a coach.

We're not identifying the girl because of the nature of the charges.

Students and parents say they are shocked. Many say this is the last thing you would expect from two respected educators.

"It is a shock and we want to do everything we can to support the family's here. They’re hearing the news here this morning, " said Hillsborough School District spokesperson Tanya Arja.

Investigators say earlier this month Michael Hoskinson used his fist to hit the victim in her rib cage. They say that caused the girl to fall and hurt her wrist.

A police affidavit says there was visible bruising in the area she was punched.

Court records show the argument was over a text message the teen had sent to a school coach, saying she,"needed to talk."

In court Tuesday, Kimberly Hoskinson’s attorney was fighting to get her out of jail, but prosecutors pointed out she had a hand in the abuse, too.

Documents indicate Kimberly Hoskinson later sent the victim this text message: "If we ever find a similar text to the one you sent coach Stephen... you'll end up with a lot more than a few bruised ribs."

Parent Denise Tini says she's disappointed a school principal, who should be a role model for students, is now in an orange jumpsuit facing serious charges.

"Especially someone that’s a principal has been taught ethics how to deal with children as far as the education system, there is no need for it to get physical," said Tini. 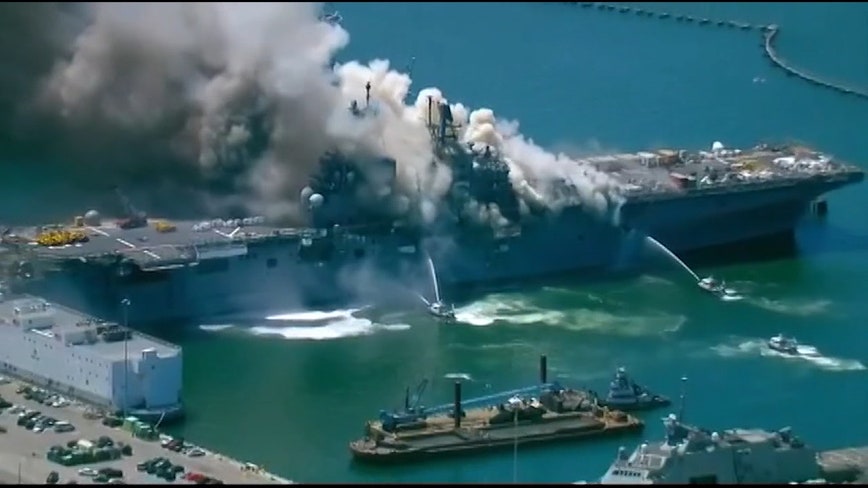