He demanded to fight after attack on Pearl Harbor

TAMPA, Fla. - It’s been 79 years, but Mel Smith can still recall the smell of battleships burning in Pearl Harbor.

“So much smoke from the burning ships and the oil in the harbor, that you could hardly see the ships in it anymore,” he recalled.

History knows December 7, 1941, as “The day that will live in infamy.” Smith actually lived it.

“We froze in our tracks,” he said. “We couldn’t believe what we were watching.”

He was 23, working as a civilian welder on a government contract in Hawaii. He’d just arrived on the island four days prior.

“I got there Wednesday, I worked Thursday, Friday, and Saturday on dayshift,” he said. 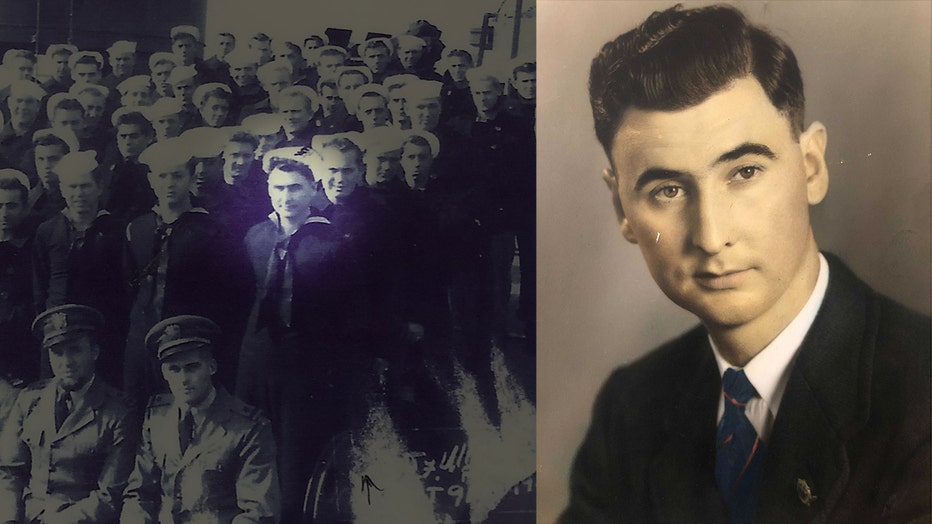 “We were up there on the mountainside back at Pearl Harbor and had come out of the entrance of the underground fuel storage at 7:55 and here the planes were just coming down,” he said. “Just descending at mast height on our all fleet you can see down here in the Harbor. They sunk six battleships in about 15 minutes.”

At first, people were speculating they were military practice maneuvers, saying they looked “too realistic.”

“I said to them, 'This is not a maneuver, this is war, don’t you see those battleships sinking down there?'” Smith said.

He remembers the pilots were flying so low, he could nearly see the whites of their eyes.

“These planes would come at us just about eye level, and we hit the ground, about several dozen workers but he veered off to the left onto his target – he was onto the military target.”

While Hillsborough County won't be hosting a Pearl Harbor remembrance event, they say the Veterans Memorial Park will be open -- or residents can take this virtual tour.

Targets the Japanese took no mercy upon. The attackers destroyed 20 ships and more than 300 airplanes; 2,403 were killed.

In the hours after, Smith and his friends volunteered to dig graves.

“You know, they didn’t have the refrigeration back in those days, so you had to bury the dead soon. You couldn’t get the heavy equipment in there to dig graves so you had to do it manually. We buried the dead in there. They would haul them in on a flatbed truck, three stacked high pine boxes made for coffins. They’d place them into the trench that we had helped dig.”

RELATED: Tampa man honors those who lost their lives in the attack on Pearl Harbor

Around noon of that day, Smith says rumors were surfacing that the Japanese had landed on the other side of Oahu and were taking part in a land invasion.

“About 200 of us civilians marched down to a personnel office that had been taken over by Marines because martial law was in effect,” he said. “And we demanded rifles because of the rumors. They wouldn’t give us them, saying when the time comes, they’d give us them, but that we needed to have training first,” he recalled with a laugh.

Now 102, he admits he never thought he’d still be telling his story but he hopes long after he is gone, no one forgets it.

“The day of infamy – it really was,” he said. “They caught us with our pants down, so to speak, and let’s hope it never happens again.”

After the attack, Smith joined the Navy and served in New Guinea, China, Korea, and the Philippines, supporting amphibious operations by carrying artillery through the South Pacific.

Remembering those lost at Pearl Harbor

For Chris Moreda, this day means freedom. He remembers the sacrifices others made that day fighting for our country.