RIVERVIEW, Fla. - For the past eight months, Riverview High School students have taken on the big responsibility of measuring, weighing and preparing snook to be released.

The snook are spawned at Mote's Aquaculture Research Park and when they are 30 days old, they're brought to Riverview High School's aqua science program.

"They get to go from rearing the fish to analyzing the data on the experiment they helped us perform and hopefully that gets them excited about a career in sciences," explained Ryan Schloesser with Mote Marine's Fisheries Ecology Enhancement Lab.

As they learn, they are helping a fishery that's been hit hard by cold snaps to red tide. 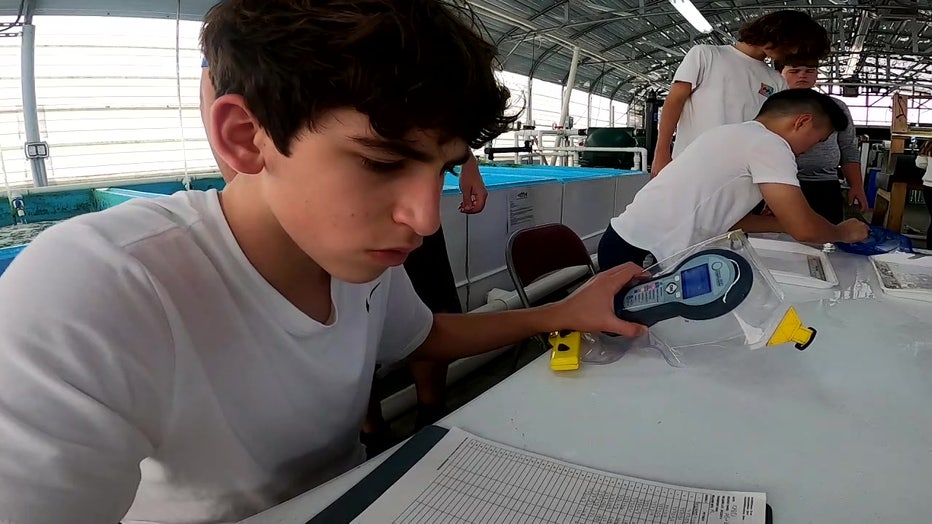 "It's an amazing experience for the students to get to release something into the wild," commented Katrin Rudge.

Rudge helped start the aqua science program through grants and donations in 2011. She said it's a way to teach students about sustainability and more.

"The kids get to experience all of this and really they get to learn something by doing it and learn chemistry sort of in a sly way because they’re having fun and they are learning about water quality, and things that are going on around the area without really thinking about it," said Rudge.

Three hundred snook with tags were released into Phillippi Creek. It's the 4th release Riverview's aqua science program has been involved with.

In total, they've released more than 2,000 snook into the creek. As they pass certain spots their tag will ping their location giving students and scientists data to track.

"This is a way to help get the next generation of scientists excited in marine sciences," stated Schloesser.