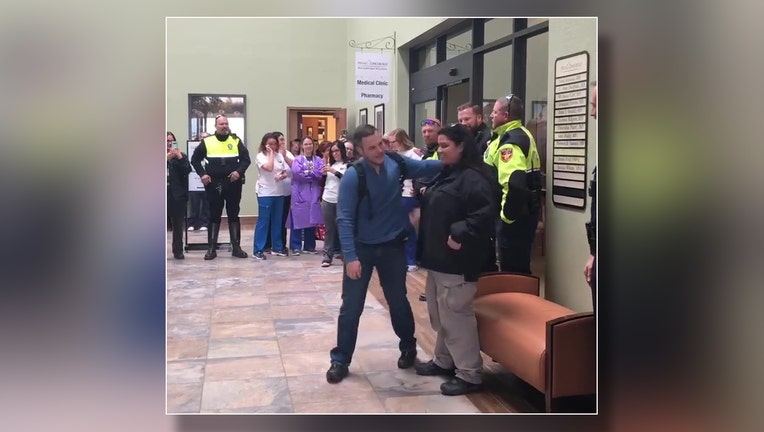 AMARILLO, Tex. - An officer with the Amarillo Police Department was greeted by his colleagues after finishing his last chemotherapy treatment at a Texas hospital on January 22.

Cpl. Michael Vigil, an 11-year veteran of the Amarillo Police Department, was diagnosed with stage three colon cancer in 2019, shortly after learning his wife was pregnant with their first child.

The community of Amarillo had previously come together to fundraise for Vigil and his family.