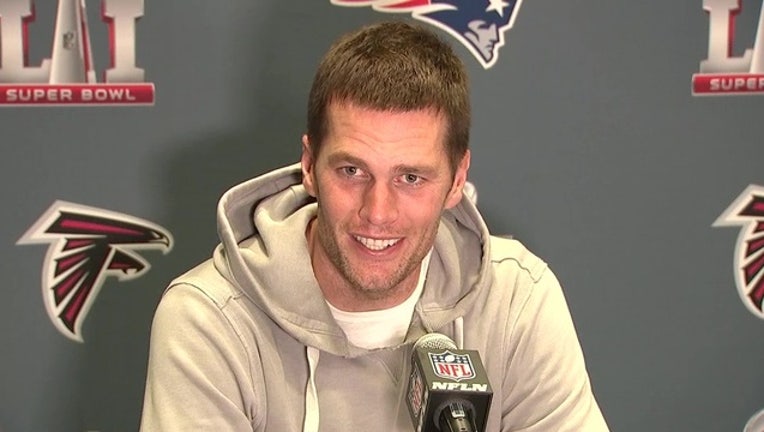 Brady wore the jersey during the Patriots comeback victory in the Super Bowl.