The Amazon has lost the equivalent of 10.3 million football fields to deforestation over past decade

The Amazon rainforest has lost the equivalent of 8.4 million soccer fields or 10.3 million American football fields over the past 10 years due to deforestation.

LOS ANGELES - The Royal Statistical Society (RSS), a British organization comprised of a professional body for all statistics and data analytics around the world, announced its statistic of the decade: The Amazon rainforest has lost the equivalent of 8.4 million soccer fields or 10.3 million American football fields over the past 10 years due to deforestation.

Similar to the “Word of the Year” organized by the Oxford English Dictionary, a panel from the organization chooses a “statistic that shines a light on the decade’s most pressing issues,” wrote Liberty Vittert, an American statistician who was on the judging panel for the RSS.

“Much has been discussed regarding the environment in the last few years and the judging panel felt this statistic was highly effective in capturing one of the decade’s worst examples of environmental degradation,” said professor Jennifer Rogers, chair of the judging panel and RSS vice-president for external affairs.

While the Amazon, being the largest rainforest and largest river basin on Earth, is believed to be home to 10 percent of all known species on the planet, 20 percent of its biome has been lost already.

The World Wildlife Fund (WWF) estimates that over a quarter of the Amazon biome will be completely wiped of trees by 2030 at the current rate of deforestation. 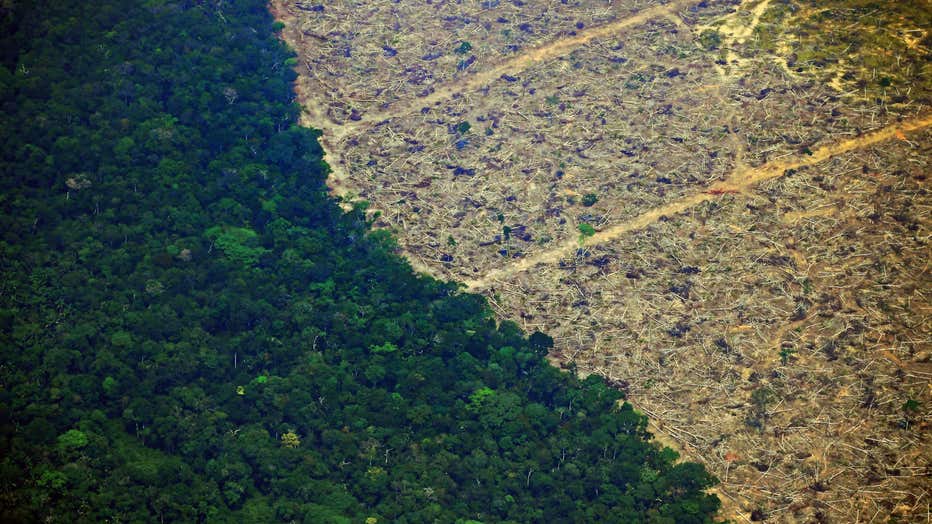 FILE - Aerial picture showing a deforested piece of land in the Amazon rainforest near an area affected by fires, about 65 km from Porto Velho, in the state of Rondonia, in northern Brazil, on August 23, 2019.

According to Brazil’s INPE, deforestation in the Brazilian Amazon surged to its highest rate in over a decade in November 2019.

Thanks to damaging businesses like cattle ranching, logging and the palm oil industry, things could get a lot worse.

Concern about the Amazon heightened after Brazilian President Jair Bolsonaro took office in January. His administration has advocated the loosening of protections around natural reserves and indigenous lands as a way to promote economic development.