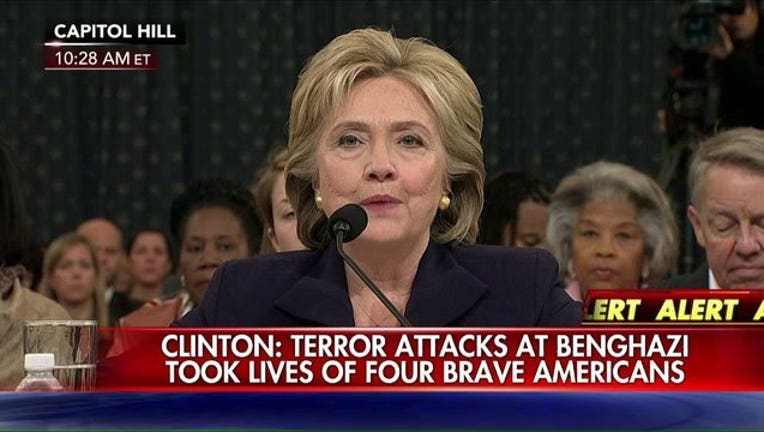 The chairman of the House committee investigating the deadly attacks on a U.S. compound in Benghazi, Libya, in 2012 is telling former Secretary of State Hillary Rodham Clinton that the investigation is not about her.

That's the message in Rep. Trey Gowdy's opening statement at a public hearing where Clinton — the Democratic front-runner for president in 2016 — is testifying.

The South Carolina Republican says the investigation is focusing on the four Americans, including Ambassador Chris Stevens, who died in the attacks.

Gowdy say the committee is looking for the truth about the diplomatic compound's request for more security, equipment and personnel — and what was being discussed in Washington while the Americans were under attack.

After months of buildup, Clinton is taking center stage as the star witness in the Republican-led investigation.

Hundreds of people are gathering outside the Longworth House Office Building before the highly anticipated public hearing where Hillary Rodham Clinton is to testify before the House Select Committee on Benghazi.

News photographers are packing the well of a hearing room normally used by the tax-writing House Ways and Means Committee. It's the largest hearing room on the House side of the Capitol.

Clinton — the Democratic front-runner for president in 2016 — is the sole witness at the hearing.

It's the fourth hearing since the committee was formed in May 2014.