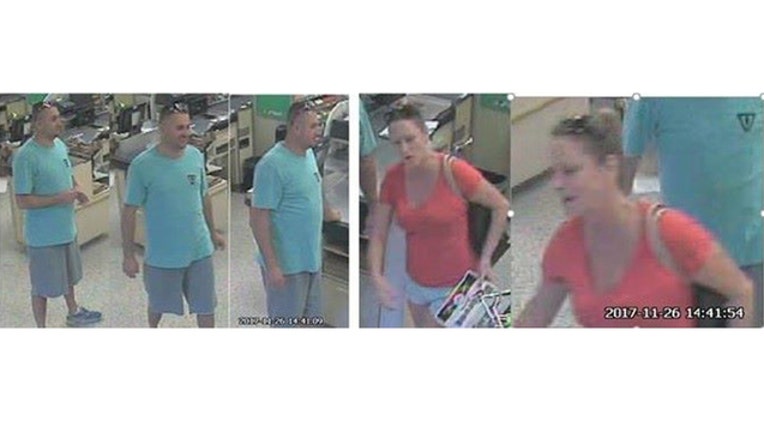 DAVENPORT (FOX 13) - Two thieves stole a cart full of Publix groceries, deputies say, and now are searching for them.

The incident occurred around 2:40 p.m. Sunday, according to Polk County deputies, at a Publix with the address 7800 Lake Wilson Road in Davenport. An adult white male and female were in line to pay, but told the cashier they forget their credit card. Instead, they paid for beer with cash, and told the cashier they were going home to grab their credit card and will return to pay for the rest of the items. They left the cart in an empty checkout line.

About an hour later, the cashier noticed the grocery cart was gone. After reviewing video surveillance, security observed the duo pushing the cart outside, deputies said.

Anyone with information are asked to call Polk County Sheriff Detective Deanna Higgins or Heartland Crime Stoppers at 1-800-226-8477 or log onto www.P3tips.com to submit a tip.