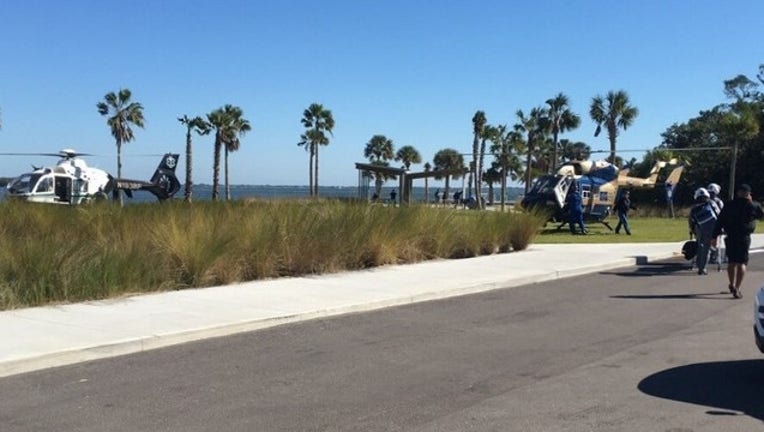 The incident happened around mid-day Sunday. Crews from Manatee and Sarasota counties also responded to the scene.

According to officials, three pediatric patients were airlifted to All Children's Hospital. Two adults were transported to Blake Medical Center. The conditions of the children and adults is unknown.

It's also unclear what caused the canoe to overturn.